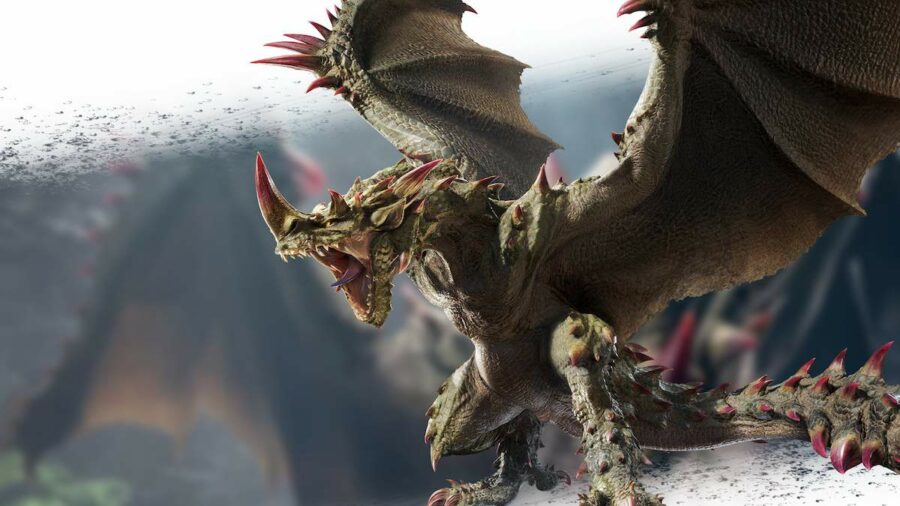 Monster Hunter Rise Sunbreak is a massive expansion that features a lot more monsters for you to take down and carve for materials. You'll see some familiar beasts, some you may not have seen for a while, and others that fill you with dread as you remember struggling with them. Espinas is a monster that has only appeared in the Monster Hunter Frontier games, and now it's ready to poison you with its fiery breath. Here's Espinas weaknesses, resistances, & drops in Monster Hunter Rise Sunbreak

All Espinas information and weaknesses in MHR Sunbreak

Flying Wyverns known for the red spikes on their tough green frame, forming both a means of attack and defense, thus generally keeping foes at bay. As a result, they are often seen sprawled out and relaxing in their domain.

Once they sense danger, however, they expand their blood vessels to turn their hide and wing membranes a bright red, and they will run riot with noteworthy brutality.

Espinas are notable for this dual nature of theirs—unconcerned by their surroundings to the extent that they sleep openly and often, but also capable of displaying a profoundly savage nature when they feel threatened.

Espinas can be a very tough fight, as its fireballs also inflict Poison on you, which is a deadly combination. So, you want to end this fight quickly. Use any Ice weapons you have, followed by either Water or Dragon, and aim with all three for the abdomen or the legs.

Zero stars mean it is immune to that ailment, while three stars mean it's highly effective against that monster. Since Espinas uses Poison, under no circumstances should you attempt to inflict poison—as it is immune. If you have Blast, that is your best option, along with inflicting iceblight.

Related: What is Buddy Recon in MHR Sunbreak? – How to use it