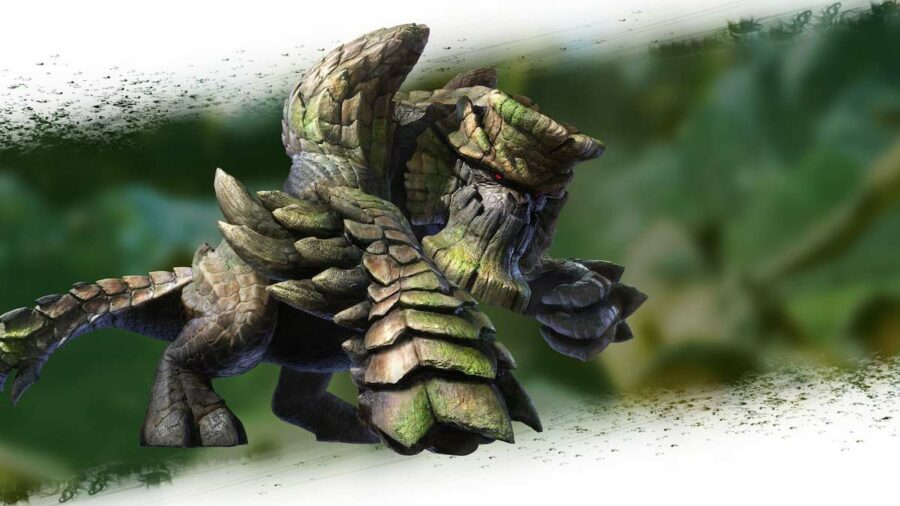 Monster Hunter Rise Sunbreak is a massive expansion that features new and returning monsters. Garangolm is a towering Fanged Beast that can increase attack and defense from nature. Imagine Basarios but green. Knowing how to fight this new beast is essential, so here's Garangolm weaknesses, resistances, and drops in MHR Sunbreak,

Below is a legend of what all the symbols mean.

All Garangolm information and weaknesses in MHR Sunbreak

A monster characterized by its massive and rigid body. Their sap-like fluids can promote plant growth, forging a symbiotic relationship with flora that grows in their bodies. They can also use that sap to harden plants or the surrounding soil, outfitting their bodies and enhancing their attacks

Garangolm is not the type of monster you want to use elemental weapons on, as it's very resistant to them. Thunder, then Fire, is your best choice—and Ice a distant third. No matter where you hit this beast, it's the same damage. Using Water and Dragon is pointless; it's immune.

Both Cutting and Blunt weapons are great here, especially at focusing on specific locations on Garangolm. Cutting wielders need to attack the head, while Blunt weapons must strike at the arms. If you have an Ammo weapon, back up Blunt users and aim for the arms.

All ailments will affect Garangolm over time, but they won't be that effective. Blast is the first thing that should be used on Garangolm, if anything. Getting a helper to inflict Fireblight (constant damage) and Thunderblight (easier to stun) will be advantageous to your long fight.

Collecting the white drops can get you additional materials. You may get one of the following: Garangolm Cortex 50%, Golm Thick Juice 30%, Garangolm Hardfang 35%, Large Beast Gem 3%, Beast Tear 10%, and Large Beast Tear 40%.