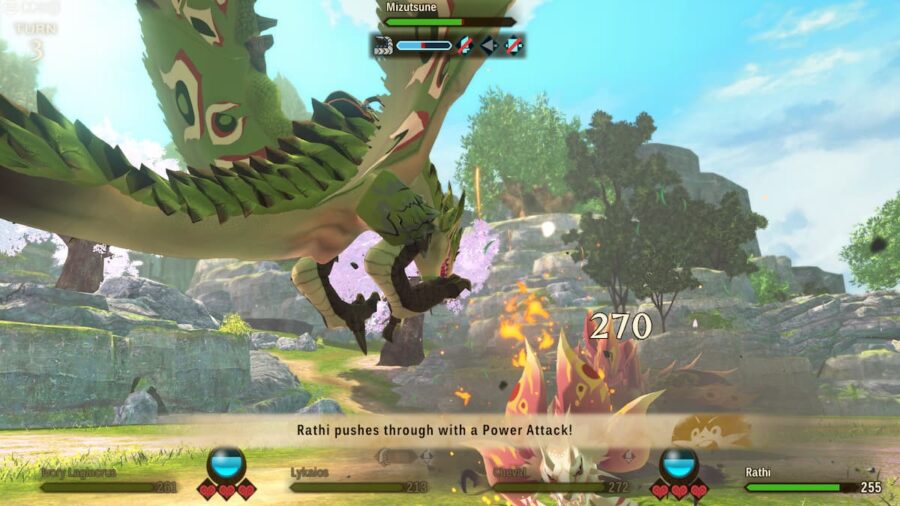 Monster Hunter Stories 2 is a unique take on the Monster Hunter series. Instead of taking on massive monsters in an action-oriented game, it turns it on its head to become a Role-Playing game.

Because MHS2 is a turn-based title, seeing damage numbers is incredibly helpful when fighting. Damage numbers can, of course, show you how much damage you are dealing to monsters, but also it can change color to show you if something is effective or not. Yellow is effective. Blue is not.

In the PC version, if you are not playing the game in Full Screen or Borderless Full Screen on startup, then the damage numbers will not show. This, though, can be solved by changing the game back to Borderless/Full Screen at any point when playing and then engage in a battle to make sure they are appearing.

For those who need to play on Windowed, as long as the damage numbers have appeared once in the game. You can then change it back to Windowed mode, and the numbers will still be there. Remember, upon starting the game again. You will have to change the Full Screen settings and then revert.

We have more guides for Monster Hunter Stories 2!