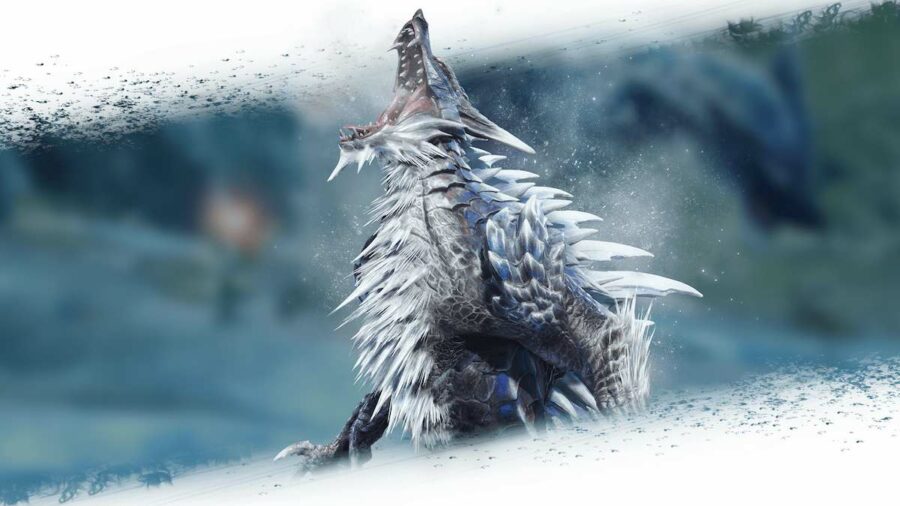 Monster Hunter Rise Sunbreak is a massive expansion that features many new monsters, such as Lunagaron, who you meet early on. This Fanged Wyvern is no joke, and you're in for a surprise when it gets enraged. Imagine Goss Harag mixed with Tobi-Kadachi, it's a mean combination. So to help out, here's Lunagaron weaknesses, resistances, and drops in MHR Sunbreak.

An azure-colored Fanged Wyvern with an organ that chills the air it inhales, which then circulates throughout its body in a unique form of thermoregulation. It can travel long distances and endure significant environmental changes, allowing them to occupy a wide range of habitats.

This fight needs to use a Fire elemental weapon, as Lunagaron is heavily weak to Fire. If you have no Fire, Thunder is a close second, with Dragon being third. Most location is the same, with a few exceptions, such as the abdomen when using Fire. Lunagaron is immune to both Water and Ice.

Blunt weapons are great against smashing the living ice out of Lunagaron and should primarily focus purely on the head. Those wielding Cutting weapons focus on anywhere else, as it's all pretty much the same. Though Ammo users do fantastic damage aiming when shots impact the head, they should do nothing else apart from attack the head.

Like most monsters, ailments aren't the best thing to use against Lunagaron. They all will work but slowly. It's beneficial to use anything with Blast and find a Firebeetle to inflict Fireblight, which will constantly cause damage for a time.

The white drops that fall from monsters you should definitely pick up as they could be one of the following: Lunagaron Cortex 35%, Lunagaron Shard 50%, Frostborn Hardfang 15%, Lunagaron Bluecore 20%, Lunagaron Mantle 1%, and Large Wyvern Tear 50%.