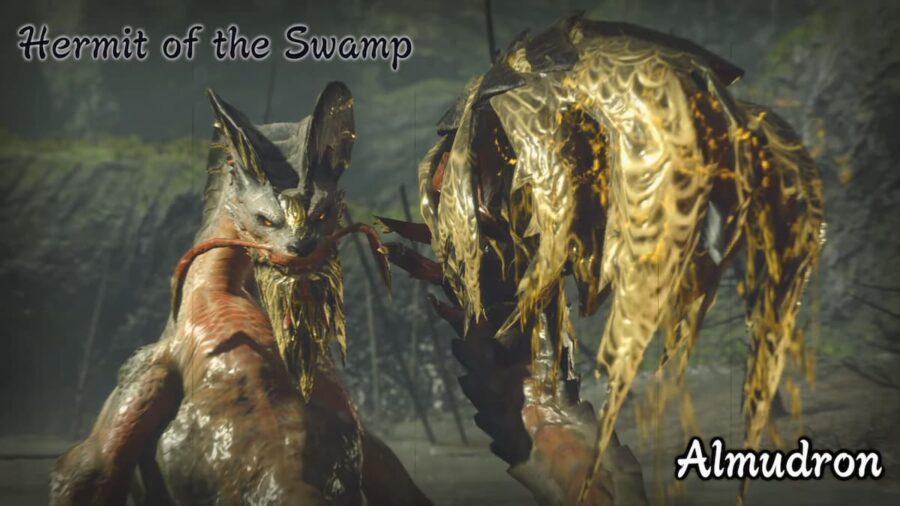 Almudron is a leviathan in Monster Hunter Rise and loves to make its home in the bogged areas of the land. Namely the Shrine Ruins, Sandy Plains, Flooded Forest, and Red Stronghold. He's a formidable swamp-lurking foe that will test even the most seasoned hunters, provided they don't know how to capitalize on the beast's weaknesses.

When fighting this beast, it's good to know what it's weak against or where to inflict that good old damage to slaughter the foe quickly. Almudron is a new monster in the franchise, so here's Almudron's weaknesses, resistances, and drop rates.

The main weakness of this hermit of the swamp is fire, but ice is a solid second choice if you have a strong ice weapon. The thunder element is formidable but deals less damage than fire and ice, as it does not capitalize on a weakness. Lastly, dragon is also effective but is the worst element of the four in terms of damage output and also doesn't strike at a weakness. Don't use water on this monster, as it is immune. Here are the locations where you should attack Aknosom for extra elemental damage.

You should focus if using an elemental weapon on its foreleg, tail, and tail tip. Stay at the back of this creature for the most impact.

This Leviathan is resistant to almost every type of ailment you can inflict on a monster, except one—Fireblight. Luckily, Almudron is weak to fire, so inflicting Fireblight onto this monster will be effective if you use fast attacking weapons.

Most monsters have breakable parts, and Aknosom is no different. You can break these parts of this monster—Head, Front Claws (individually,) Back, Tail—first broken, then severed. If you break these during the hunt, you will earn extra rewards after completing the quest.

The tables below are the percentage and drop rates of each material from Almudron, Low and High rank.