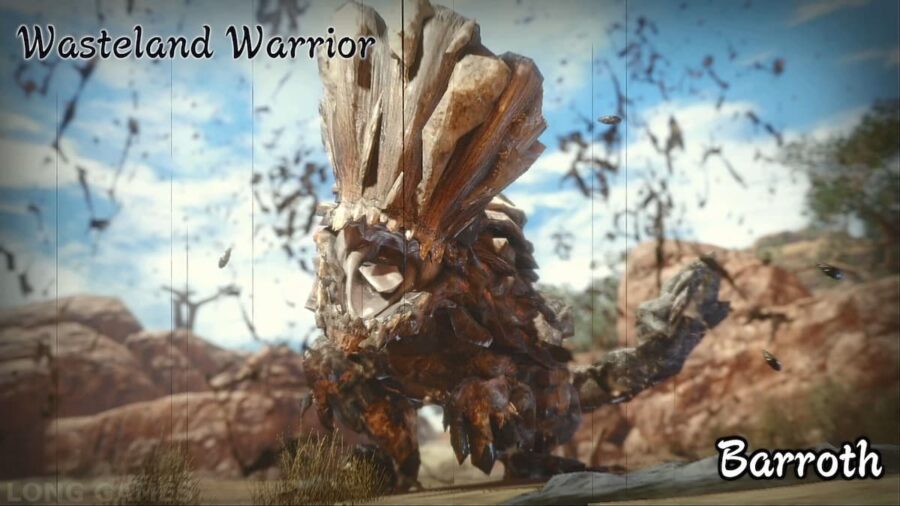 Monster Hunter Rise has a horde of monsters for hunters to tackle on their adventures. The wide array of creatures players will encounter vary in appearance, strength, and weaknesses along their journey. That's also valid for Barroth, a Brute Wyvern with a head harder than stone. Make sure you know how to take down this burly boss and earn yourself some great loon in the process.

When fighting this beast, it's good to know what it's weak against or where to inflict that good old damage to slaughter the foe quickly. So here's Barroth's weaknesses, resistances, and drop rates.

The main weakness of this monster is fire, but if you have ice or dragon weapons, they will still be more effective than using no element at all. But do not use water or thunder weapons, as these element types are ineffective. Here are the locations where you should attack Barroth for extra elemental damage.

It would be best if you focused an elemental weapon attack on Barroth's Head and Tail for the most significant damage. Depending on the element you're using, aiming for the Torso, Foreleg, and Hind Leg may also be effective.

Barroth is resistant to most ailment types in Monster Hunter Rise, though several can phase this rocky titan. Poison, Paralysis, and Blast are the most effective ailments hunters can inflict upon Barroth. Fireblight, while not as impactful, can also phase Barroth in battle.

Most monsters have breakable parts, and Barroth is no different. You can break the following pieces of this monster—Crown, Foreleg, Hind Leg, and Tail. If you break these during the hunt, you will earn extra rewards after completing the quest.

The tables below are the percentage and drop rates of each material from Barroth, Low and High rank.