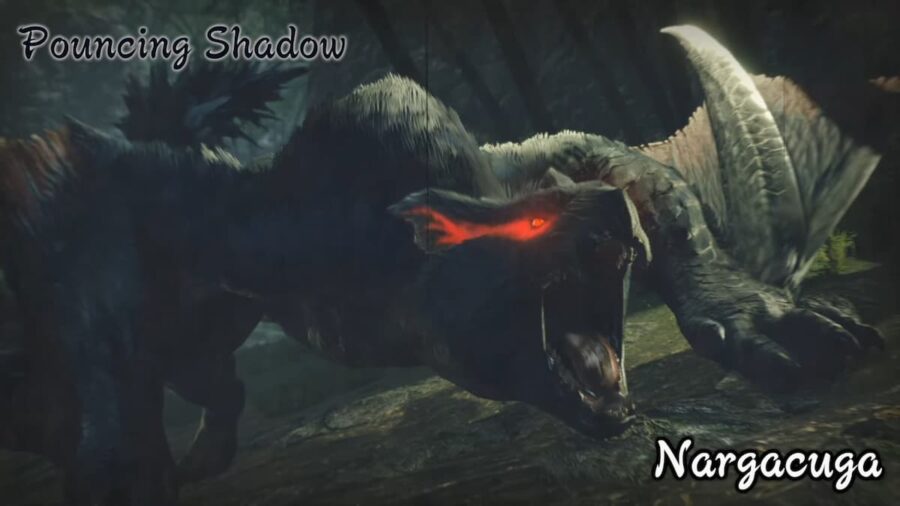 Monster Hunter Rise offers a horde of unique monsters for players to hunt down throughout the campaign. These beasts are formidable foes, and each creature has its strengths in battle, making every encounter different. Players must know their enemies before fighting them, as enemies like the Nargacuga can make quick work of unprepared parties. Study up on the Flying Wyvern, Nargacuga with our breakdown. Nargacuga's weaknesses, resistances, and drop rates in Monster Hunter Rise are listed below.

Nargacuga's most significant weakness is thunder, so if you have any weapons with this attribute, be sure to take them with you into the field. Those lacking a thunder weapon would do well to pack a fire tool instead. It's a viable second option against the Nargacuga and deals substantial damage, though that damage is noticeably lower than with thunder. Ice and dragon weapons are a good third option, but they are weaker than thunder and fire. The boss is immune to water damage, so do not use water weapons on the Nargacuga.

Those sporting thunder elemental weapons would do well to focus their attacks on the Nargacuga's Cutwing, Head, and Tail, as these areas are the most vulnerable to thunder-based damage. If you're using fire and dragon weapons, aim your attacks at the Cutwing as often as possible, as this area will take the most damage. Those with ice weapons should hone in on the Head and Cutwing.

Most monsters have breakable parts, and Nargacuga is no different. The Cutwing, Head, and Tail can all break on the Nargacuga, so focus attacks here if you want to shatter parts of the monster. If you break these pieces during the hunt, you will earn extra rewards after completing the quest.

The tables below are the percentage and drop rates of each material from Nargacuga, Low and High rank.

Related: Where to find the Rhenoplos Egg in Monster Hunter Rise