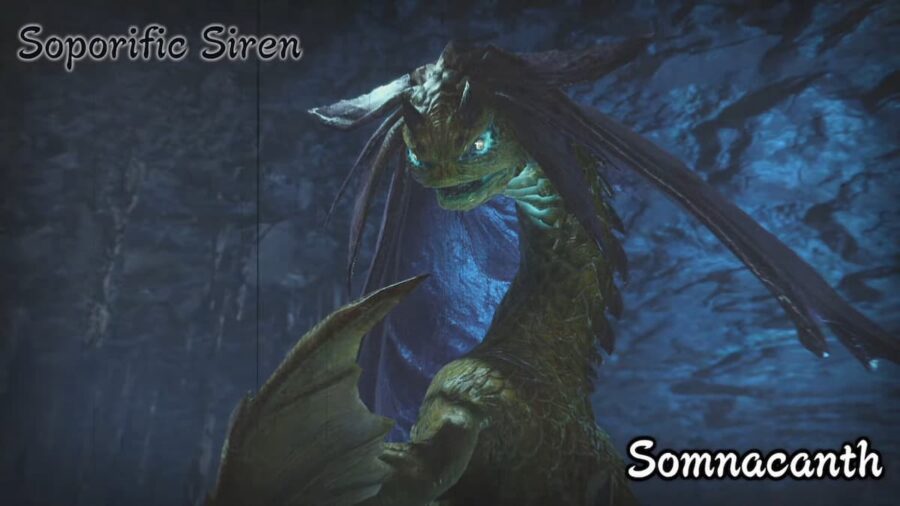 Monster Hunter Rise offers players the chance to tackle a horde of enemies from various biomes and areas. There are dozens of towering giants for hunters to track and defeat across the game's campaign. One of the adversaries must beat the Somnacanth, a Leviathan that lurks in lakes and rivers. This serpent could spell the end for an unprepared team, so make sure you've studied up on your prey before heading out to the field. Here are Somnacanth's weaknesses, resistances, and drop rates.

The Somnacanth's main weakness is thunder, so make sure to bring a weapon infused with this element for the highest damage output. If you lack a thunder weapon, be sure to pick up a fire weapon instead, as this is a solid second option. The beast is immune to several elements, so do not use water, ice, or dragon weapons on Somnacanth.

If you brought elemental weapons to fight the Somnacanth, focus your attacks on its Head, Neck, Hind Leg, and Tail when battling. Attacking these areas yields the highest damage output.

Few ailments deal substantial damage to Somnacanth, but Blast and Thunderblight are excellent options should you have weaponry with these effects. Make sure to attack quickly and impact the beast with ailments to chip away at its health and stamina. The Somnacanth has no Ailment resistances, but all other ailments are slightly effective on this Leviathan.

Most monsters have breakable parts, and Somnacanth is no different. The Head Fin, Foreleg, and Tail will all break with enough pressure. If you shatter these pieces during the hunt, you will earn extra rewards after completing the quest.

The tables below are the percentage and drop rates of each material from Somnacanth, Low and High rank.

Related: Where to find the Rhenoplos Egg in Monster Hunter Rise

How to lock on to monsters in Monster Hunter Rise

Where to find a Rock Lizard in Monster Hunter Rise

How to fix Monster Hunter Rise crashing on Steam