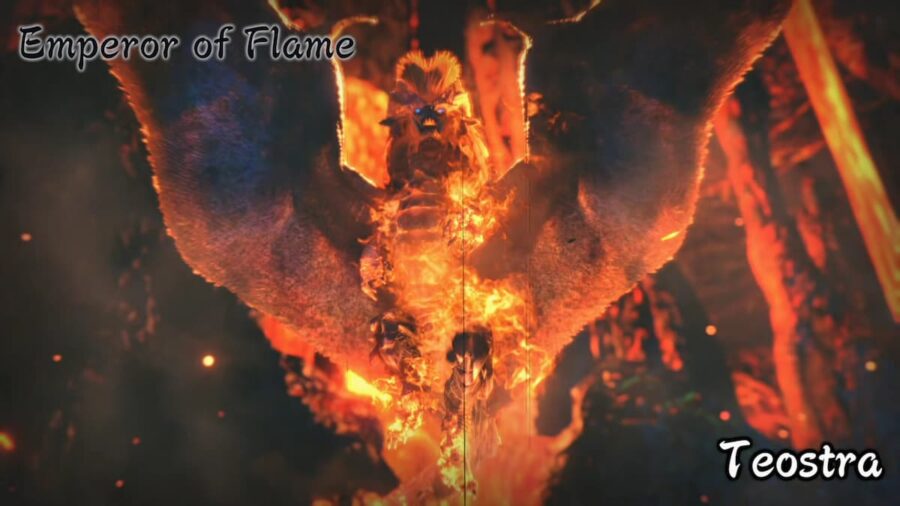 Monster Hunter Rise is home to a hostile world filled with enormous enemies that only adept hunters can defeat. With dozens of unique predators to track down and slay, players will have to use every tool at their disposal to best these intelligent and powerful beasts. In Monster Hunter Rise, the Teostra, an Elder Dragon that breathes flames and scatters explosive scales, is one enemy that hunters will face. Make sure you're ready for this challenging battle by studying up on the beast beforehand. Users can view Teostra's weaknesses, resistances, and drop rates in Monster Hunter Rise below.

Teostra's main weakness is water, so be sure to bring any weapons with this element along for the hunt if you have them. If you don't have any water weapons, take an ice tool along instead, as this element is only slightly less effective than water. Thunder and dragon are an excellent third option but offer minor damage compared to water and ice. Do not use fire weapons on Teostra as it nullifies all fire-based attacks.

Those with elemental weapons ought to focus their attacks on Teostra's Foreleg and Tail as these areas take the most damage. The Head also receives a sizable amount of damage when targeted.

Related: How to equip Layered Armor in Monster Hunter Rise

If you want to inflict ailments to Teostra, try using Blast or Waterblight, as these are the only ailments with substantial payoff. Poison, Stun, Fireblight, Thunderblight, and Iceblight only deal minimal damage. Avoid using Paralysis, Sleep, and Exhaust on Teostra because of its immunity to these ailments.

Most monsters have breakable parts, and Teostra is no different. Focus attacks on Teostra's Head, Wings, and Tail to break chunks off the beast. If you break these pieces during the hunt, you will earn extra rewards after completing the quest.

The tables below are the percentage and drop rates of each material from Teostra, High rank.

Related: How to play Multiplayer Co-op in Monster Hunter Rise

Where to find the Rhenoplos Egg in Monster Hunter Rise