A bunch of news has been flooding out about Borderlands 3! We've got some leaks showing off the cover art for the game on PlayStation 4, as well as some information on what will come with the Borderlands 3 Collector's Edition if you decide to purchase that!

Like with all leaked information, there could be some inaccuracies with the details below. The leaks were posted on Twitter, and we will update the post if anything turns out to be incorrect! It also leaked that Borderlands 3 will likely be a timed Epic Games Store exclusive to some people's chagrin. It also has leaked that the game will likely be released on September 13th, 2019!

Update: I've updated the information on the collector's edition and all of the other available editions that will be available! It has been confirmed that the release date will be September 13th, 2019 and the game will be an Epic Games Store exclusive on PC until April 2020. You can pre-purchase on the Epic Games Store here, and if you do consider using our creator code (ProGameGs). Using this codes gives us a portion of the sale! 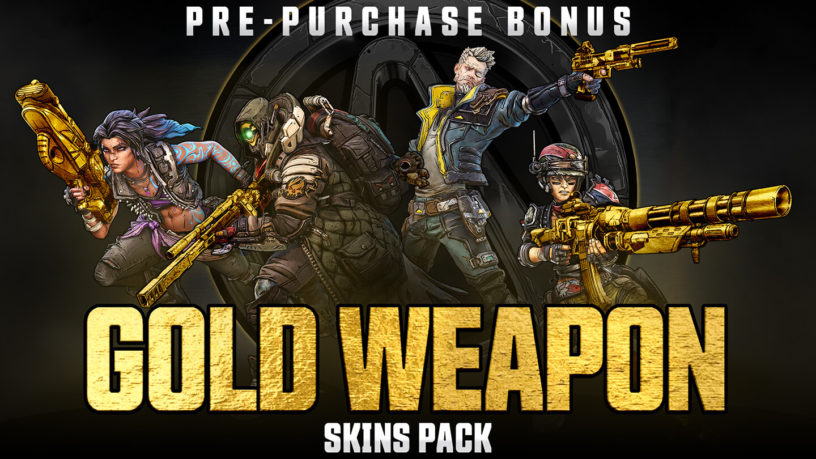 Bring a little extra bling to your favorite weapons in Borderlands 3 with the Gold Weapon Skins Pack, available to those who pre-purchase. This pack contains a gold weapon trinket and gold weapon skins that are applicable to all guns in the game. 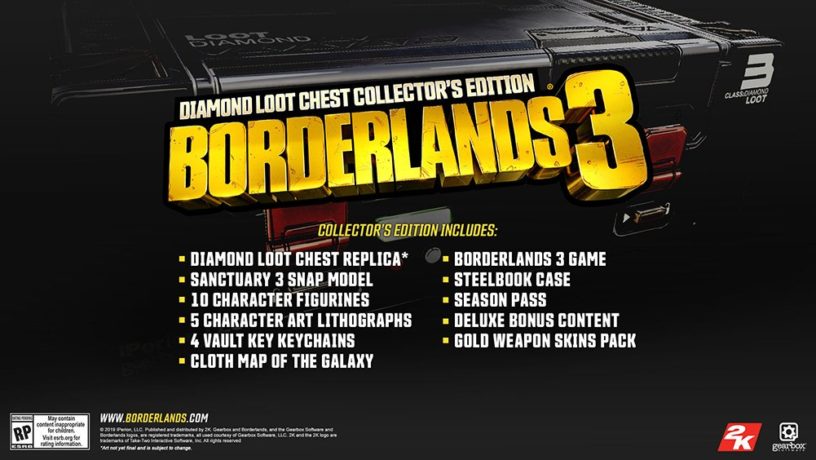 Here's the official information on the available editions:

Includes the full game, season pass, and all bonus digital content and pre-order bonus of the Super Deluxe Edition, plus:

Includes all the bonus digital content and pre-order bonus of the Deluxe Edition plus the Borderlands 3 season pass, which includes:

Includes the base game, as well as bonus digital content:

Includes the base game.

This cover art for Borderlands 3 is pretty awesome, and it looks like there's going to be at least three different versions of the game you can purchase for the PlayStation 4! The art is below, you can click each of the images to enlarge it!