Genshin Impact is continuing to impress with a large variety of new things coming to the 1.1 patch on November 11th, 2020. We have seen many different leaks come out, including new characters, events, and ways to gain currency. We have now learned that there will be some kind of an event that will revolve around cooking! This isn't too much of a surprise, because there's a pretty good sized food system in the game, and it being one of the few ways you can heal means that it is actually pretty important. This appears to be another influence taken from Breath of the Wild, because that game featured a fairly robust cooking system that had a fair amount of depth to it!

This event shouldn't be too difficult to complete, because it just requires you to complete certain dishes in the game. You've likely been collecting a fair amount of ingredients, because everywhere you go there are things to stockpile in your inventory. Zeniet delivered this leak, which included the following description for the event, "Make dishes, learn recipes, and deliver food to people in the world of Teyvat." It looks like you will be cooking up three different dishes, and if you complete all three you will get yourself 40 Primogem! 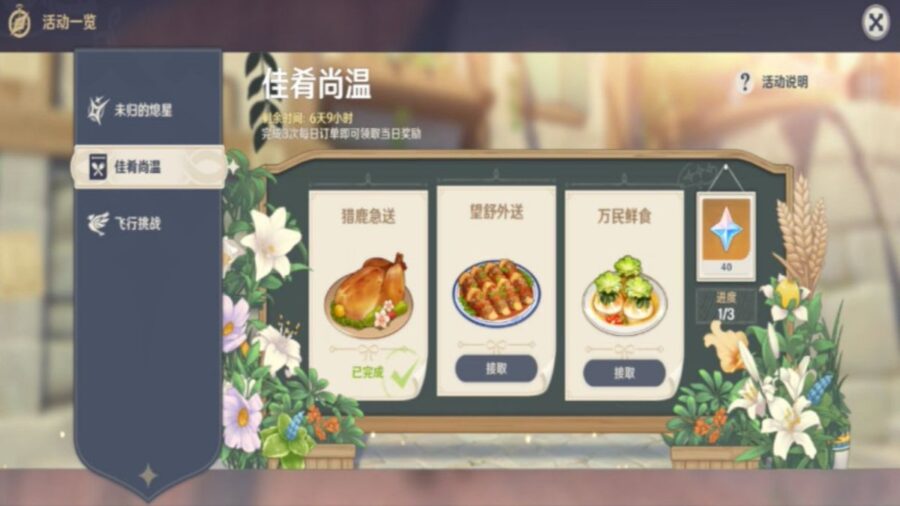 While that might not sound super lucrative, you will get a reward for each dish you cook individually as well. In the following example, you will get yourself 30,000 Mora and some additional ingredients to use for other things! 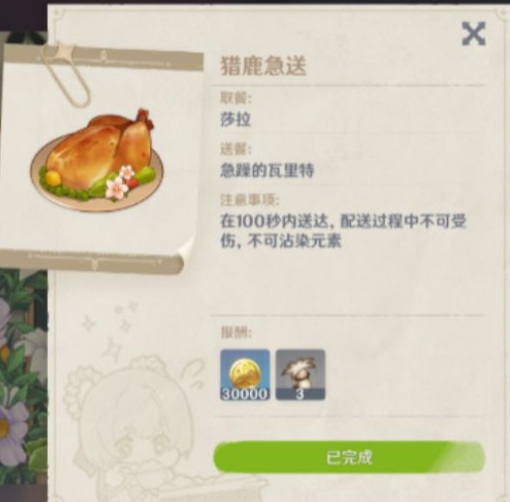 While some players might not be happy with the reward amounts, you do have to take into consideration that there's a lot of things you can complete and do in the game. If you add all of these various events, quests, and things you can upgrade, you do get a fair amount of currency. If you are a hardcore player, it's likely that rewards will feel out of sink, but it's hard to keep rewards balanced across all playstyles! We'll see how thing go, as we have seen some backlash towards the game when it comes to the Gacha mechanics.