Teamfight Tactics is currently in a pretty good place meta wise, so the 9.15b patch will only be making some minor adjustments to some champions and items. Elise, Twisted Fate, and Veigar are looking to receive a minor buff. Runaan's Hurricane, an under performing item, is also going to be given a slight upgrade. On the nerf side of things, it looks like Pyke, Rengar, and Karthus are going to be brought down a peg. Pyke has been a very powerful unit to just throw in builds for a while now, and Rengar has seen an uptick in play since his recent buffs. A 2-star Karthus has been a highly sought after unit, so it looks like they'll be bringing him down a bit. Statik Shiv is also in line for a minor nerf, it got hit in a recent patch but is still seeing a lot of play.

The full patch notes can be found right here. 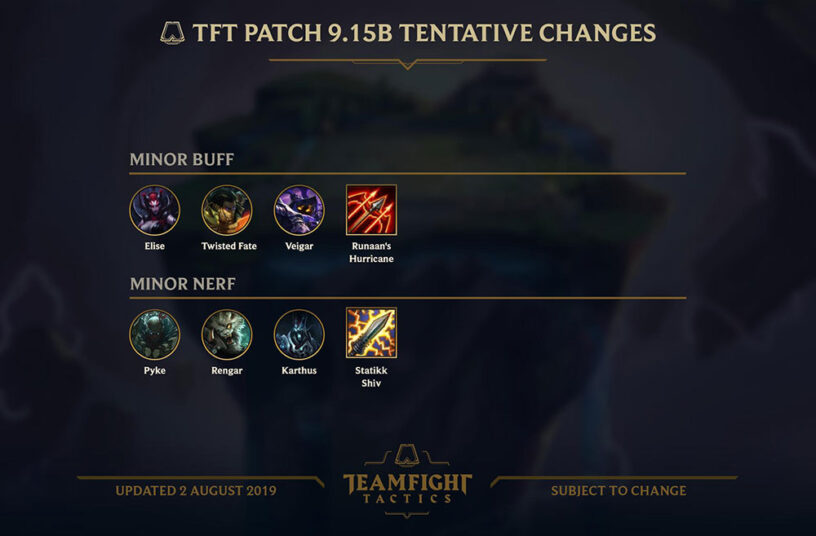 Tentative 9.15b changes. As @RiotMeddler mentioned in his post this morning, we're seeing the Meta in a good spot so going to slow down on the B patches and have them be pretty small, so we can see more natural counter comps emerge. As always, subject to change based on weekend