A tentative look at the 9.16b Patch for Teamfight Tactics has been revealed! It looks like there won't be a whole lot of changes, but there are going to be some buffs and nerfs to some popular champions. Anivia, Gnar, and Morgana are all in line for a buff. Draven, Jinx, Kayle, and Lucian are all being considered for nerfs. The Noble trait has already been nerfed and reverted back to its previous bonus in a recent hotfix. Ionic Spark is going to get fixed, because Hextech permanently disables it (Source).

The B patches are usually a lot smaller, so don't expect too many other additions to go live. You can expect this patch to be released on August 21st, 2019. 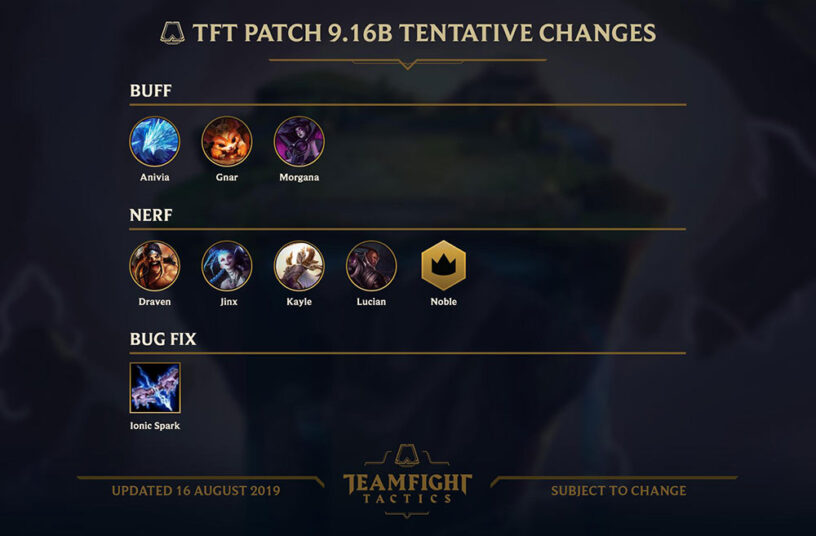