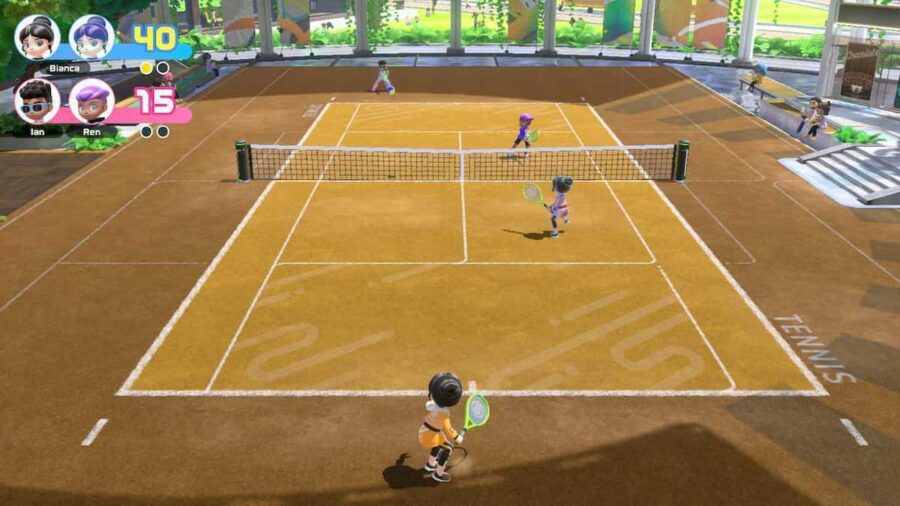 Tennis is one of few Nintendo Sports games that have been a part of the series since its Wii beginnings. However, even if many of the controls are familiar, its version on the Nintendo Switch still has a couple of differences in it, from the type of shots you can make to the length of the rallies you can maintain.

If you want to hold your own in the Tennis Pro Leagues, below are tips to keep in mind.

Tire your opponent out

There are two things that can tire avatars out:

Once an avatar is tired, they start running slower and their returns become weaker. Eventually, they’ll make a lob shot (or a very wobbly high shot). When you see this, quickly move your joycon down to trigger a smash.

Refrain from moving too much

Tiredness doesn’t just apply to your opponent’s avatar. If you’re the one running to catch the ball from end-to-end, you’re going to run out of breath. Never set up the field in a way that it’s you who’s going to need to run.

As such, always aim your shots on the opposite corners of the opponent’s field. This way, they will have no choice but to return the ball to the center or on the side you are currently standing on. Either way, this ensures that you’re not the one who has to chase the ball around.

Do your returns always land outside the line? This might be because you have the tendency to flick your joycon too harshly to the left or right side. It’s safer to making a “scooping” motion with joycon whenever it’s turn to return the ball.

With enough practice, you might even be able to estimate how much power you need to put into your swings to ensure the ball never lands outside the line. Just remember to never ever flick the joycon!

After experimenting with “scooping” swings for a while, you might notice how the balls you return changes direction after it bounces once. Nintendo Switch Sports is a game that rewards you the closer you imitate the movements made in real sports. For Tennis, this means you can control the way the ball spins depending on how you receive it. For example, if you perform an inward diagonal swing with your right hand, the ball will curve to the right after it bounces.

If you’re looking to confuse the opponent or avoid an out-of-the-line shot, curved swings are your best bet.

For more help with Nintendo Switch Sports, take a look at some of our other posts here at Pro Game Guides.