Our Cuisine Royale beginner's guide will run you through the basics of everything you need to know about this new battle royale game!

Ready for the next generation in battle royale games? Well, Cuisine Royale is an interesting new addition to the genre. It originally started out as an April Fool's joke, but is not being released as a stand-alone title. It has kind of a parody feel due to the armor, but the game itself actually looks quite good!

Cuisine Royale is Free... For Now

Cuisine Royale is currently free to play until June 25th, 2018! Once this free period is over, it will then cost money as they will need to be able to pay for server costs. It is worth it just to grab the game now, and either give it a try now or at least have it available to yourself in the future. It is currently on Steam, check it out here.

The game is based off of the game Enlisted which is a squad-based MMO that is set in World War 2. This means all of the weapons are from that era. You have stuff like the Thompson, Kar98, AKM 47, Walther, and much more.

You can sprint, crouch, prone, and lean to the left or right (Q and E keys). You can toggle your view to first person with the V-key, but you will be at a disadvantage if you don't use third person (seeing around walls).

Instead of launching out of a bus, blimp, or airplane you just spawn in a random area on the map. You start with boxer shorts and a knife, so make sure you run into the nearest house and find some weaponry and armor.

It's not a huge map and the storm/circle work like your standard battle royale game. 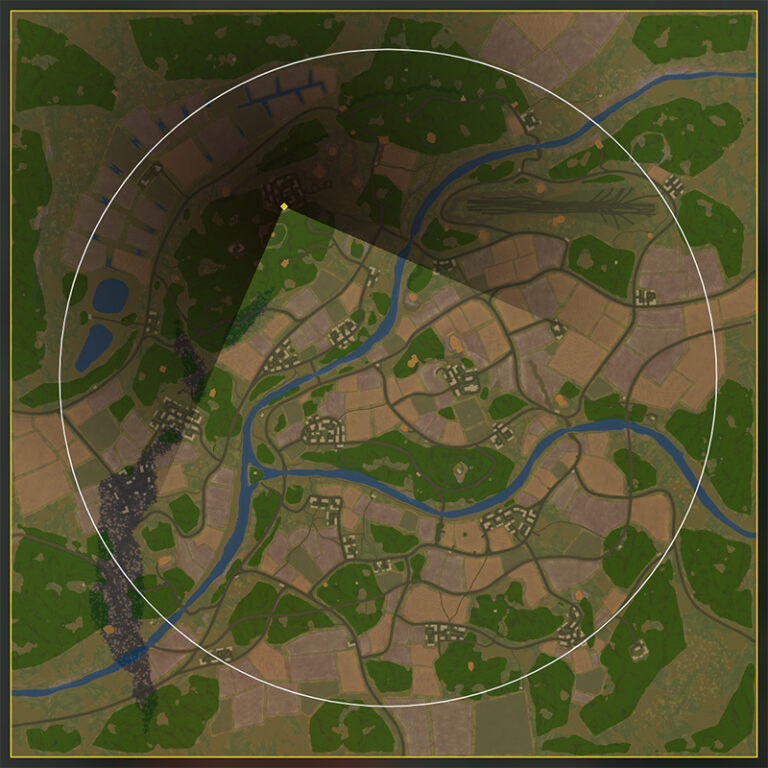 Why am I Finding Cookware?

The cookware is your armor, and you can find different grades of it. You'll see stuff like MK.1, 2, or 3 which determines the amount of armor you get from it. If the item has a purple outline around the name it's an upgrade. If it is red that means you have an equal or better piece of cookware already equipped. There are pieces of cookware for multiple parts of your body, including even a waffle iron for your rear!

You can hold two main weapons, a secondary (pistol), and a melee weapon. Be on the look out for ammo for your particular gun of choice, this can be problematic in the later game as there are a lot of weapons and not a ton of ammo for each specific weapon. You can also equip scopes to your primary weapons.

Guns need to be loaded if you pick them up off the ground. Don't forget to do this or you might find yourself having to reload in the middle of a fight.

Refrigerators - Full of Food and Armor

If you see a refrigerator anywhere be sure to head for it immediately. These are basically like supply drops, they have a ton of armor and food in them that you will need. Keep spamming your use key on them, they have a lot of loot and will disappear once it is empty.

Health and Restoring It

You might be wondering what kind of health you actually have because it doesn't show by default. When you take damage it will show on the bottom right of your screen next to your stamina meter. By default you can heal yourself with the T key. This uses one of the various food items that you have picked up throughout the game. It will heal you while moving, and you can also use it while driving.

You'll start to see bags of various sizes: small, medium, and large. These determine how much you can carry in terms of ammunition, food, and scopes. When you start seeing red outlined items that usually means you have too much stuff. You can drop it if you hit the I-key and drag and drop it onto the ground. You can also loot items that are on the ground this way.

One interesting thing about this game is that there are two slots of unique items that give you buffs. There are bunny slippers that allow you to jump higher, or Knee pad of speed that boosts your sprint regeneration and speed, but reduces your stamina!

Why Was Pokecord Shut Down?

Ori and the Will of the Wisps: How to Heal – Replenish Your HP!