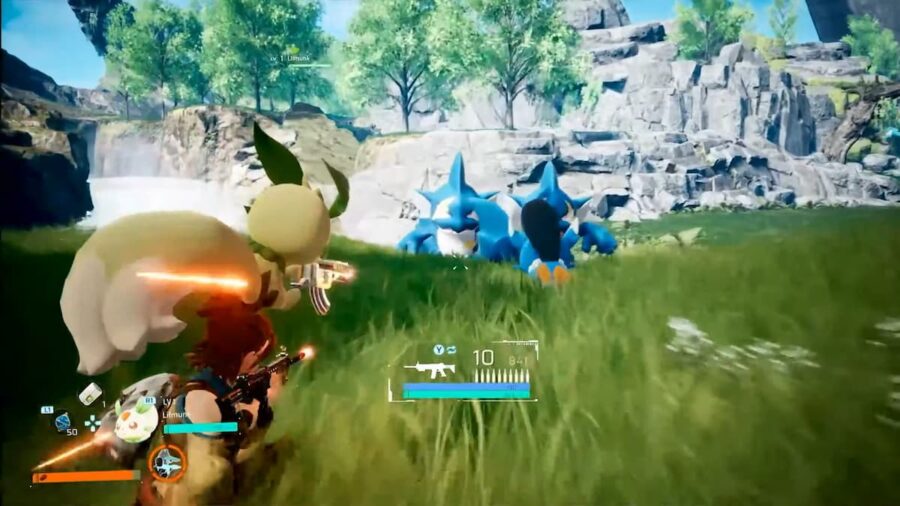 At the Tokyo Game Show Xbox Showcase, a new trailer for Palworld was live-streamed for the world to see. The Palworld trailer had everything we needed and more. It showed creatures using mounted rocket launchers to annihilate a horde of approaching monsters. It had you sliding down a hillside with a furry monster on your head, both wielding guns firing at monsters below. And that was just a tiny slice of what the new trailer offered.

Do you want a Pokémon-esque game that defies all reason and logic? Have your monsters wield an array of weapons to fight boss battles, then return home and help you build a bench? Or how about having your creatures help you water the garden and then have another one mine massive rocks in the desert as you fire a rocket launcher at a structure filled with other human enemies returning fire?

The trailer didn't show much, but it also showed everything. Nobody knows what the core of Palworld truly is. It has crafting, farming, multiplayer, an open world, and undoubtedly more than we do not know about. Palworld seems like different realities sown together to create a masterpiece that nothing is sacred and nothing is out of reach. You can watch the Palworld trailer below.

We have more Palworld content on Pro Game Guides.