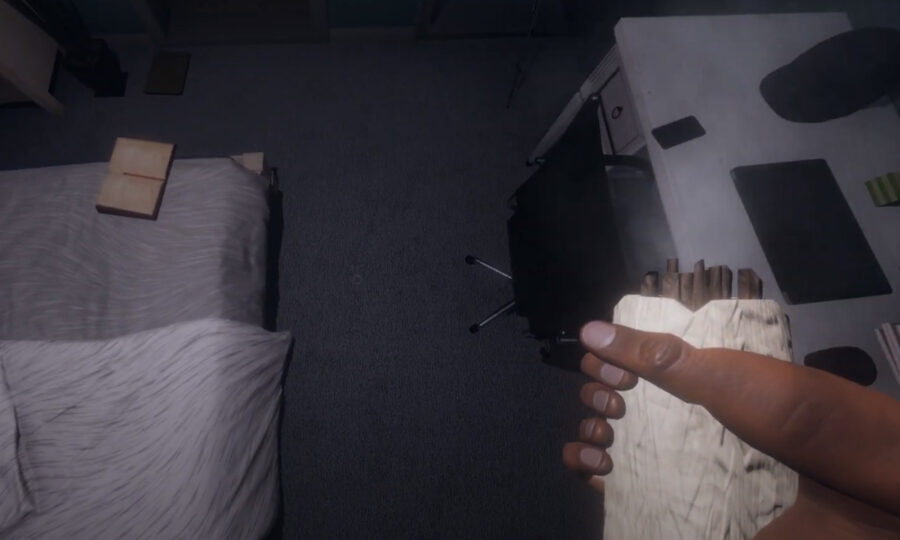 It's probably a good idea for all aspiring paranormal detectives out there to know what all of your equipment does in Phasmophobia! Its no use showing off your awesome night vision goggles to a ghost, because one they won't care, two you'll probably end up dead afterward. One such piece of equipment you should learn to use effectively are smudge sticks, as it might just save your life! Here's a guide on how to light Smudge Sticks in Phasmophobia!

How to Light Smudge Sticks

All sorts of handy items are purchasable through the buy menu, so all that money you've banked up surviving ghost encounters is going towards, well, saving your life! A few things are needed alongside Smudge Sticks, especially if you want to light them up. Smudge Sticks are $15, and a Lighter is $10, so a grand total of $25.

There are two ways to activate the Smudge Stick. The first is to light the Smudge Stick in your hands, then wave it about frantically mumbling ancient incantations to protect yourself from evil (mumbling and incantations is not actually needed) or place the Stick onto a surface and then light it, and then the area will be cleansed!

Using a Smudge Stick within about 6 meters of a ghost will stop its hunting phase for at least 90 seconds, double that if the ghost is a Spirit. If you know that a ghost is in the room with you, then using a Smudge Stick is a surefire way to stay alive, light it up, and hide somewhere; you won't regret it!

Another method for using Smudge Sticks is for warding off ghosts from hunting you. To use them for this warding effect, you simply need to use them or burn them. Doing so will protect you from any hunts for a sort period of time. We highly reccomend using a Smudge Stick, if you suspect a hunt is about to happen.