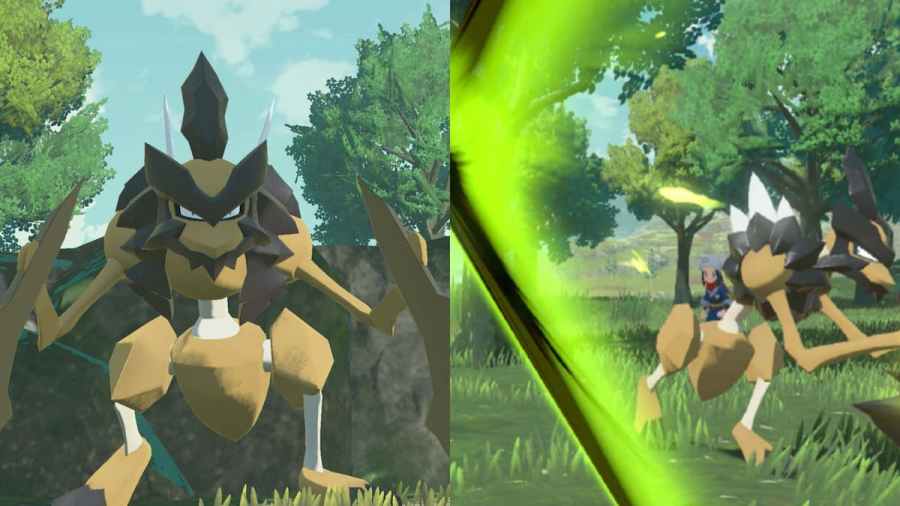 Scyther's evolutionary line within the Pokémon series is a really interesting one. Part of the original 150, Scyther received an evolution in the second generation, Scizor. The line wasn't touched again until Pokémon: Legends Arceus was released. This time, Scyther was given a second evolution in the form of Kleavor. To do this, you would expose your Scyther to an item called Black Augurite,

Unfortunately, you aren't able to do this in the newest Pokémon Scarlet and Violet. You are still able to acquire a Scizor by trading your Scyther with another person while they are holding a Metal Coat. But, how exactly can you add a Kleavor to your party if you really want one?

Related: How to open the Purple Door in Pokémon Scarlet & Violet

How to get Kleavor in Pokémon Scarlet and Violet

Kleavor can only be added to Pokémon Scarlet and Violet once the game becomes compatible with Pokémon HOME in 2023. To do this, you will need to evolve your Scyther within Pokémon: Legends Arceus and then transfer your new Kleavor to the Pokémon HOME application. Once the feature becomes available, you should be able to add your Pokémon from other games directly into Pokémon Scarlet and Violet, including Kleavor.

Unfortunately, doing this doesn't add Kleavor to your Paldean Pokédex. But, you can rest easy knowing that once the feature becomes available, you will have one ready to trade in.

Can you evolve Scyther into Kleavor in Pokémon Scarlet and Violet? Answered