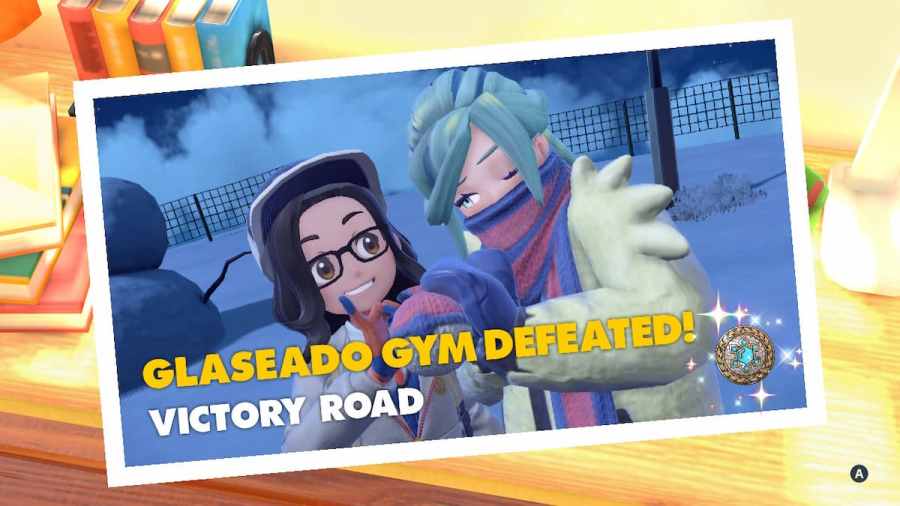 Grusha, the Ice Type Gym Leader of Pokémon Scarlet & Violet, is recommended to be the final Gym players challenge. While two of his Pokémon have Water Type moves, the others have nothing to defend themselves against Fire Type Pokémon. Players should level their Pokémon to at least level 48 as Grusha's team has very high base power moves. This is everything to know about the Ice Gym Leader's team in Pokémon Scarlet & Violet.

By the time players reach the Ice Gym Leader, Grusha, in Pokémon Scarlet & Violet, they should have beaten all the other Gyms first. The last recommended Gym is the Psychic Gym where the strongest Pokémon is level 45. Grusha has some very powerful Pokémon that are strong offensively but very fragile defensively, all sharing a weakness to Fire, Steel, and Rock moves. This is his entire team:

Frosmoth can use Tailwind to double the Speed of Grusha's team, making them much more dangerous to deal with. Beartic has a high Attack stat but is relatively slow if Frosmoth doesn't setup Tailwind. If Beartic has double the Speed, switching to a Pokémon with a high Defense stat until Tailwind has expired is a good strategy to prevent unnecessary fainting.

Only Beartic and Cetitan have moves that can counter Fire Type Pokémon, with Cetitan taking half damage from Fire moves thanks to its Ability, Thick Fat. If players are having trouble against it, bringing a Steel or Water Type Pokémon can do the trick as its moves will hardly do any damage to them. The Altaria's moveset can also barely damage Steel Types, making them a perfect counter for his ace Pokémon.

How to beat Gym Leader Grusha in Pokémon Scarlet & Violet