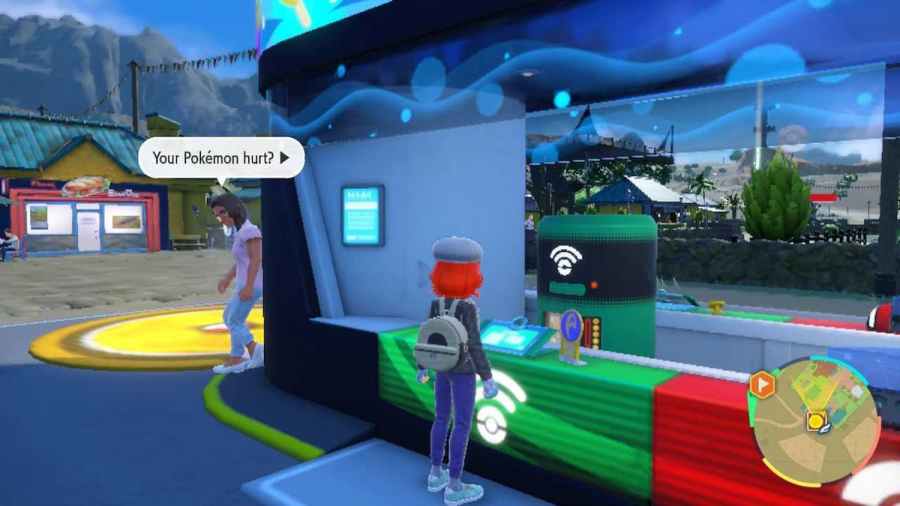 Pokémon Scarlet and Violet continues the tradition of allowing you to teach your favorite Pokémon some unique moves they may not otherwise be able to learn naturally via leveling up. You can do so using TMs. While the items themselves are one-use only, don't worry. You can recreate any TM that you find in the overworld or that is given to you via crafting.

In Generation IX you are given the option to craft TMs via the TM machine. Crafting requires a moderate amount of effort, however. You will only be able to craft TMs that you have acquired naturally via exploration or gameplay progression. To craft TMs you'll need to use crafting components dropped by defeating Pokémon in traditional battle or via the new Let's Go mode. You'll also need to use a small amount of LP for each TM crafted.

Where are TM Machines in Pokémon Scarlet and Violet?

TM Machines can be found at any Pokémon Center. Pokémon Centers can be easily returned to via fast travel. Interact with the big, green machine and select I want a TM made to open the TM Machine Menu. Then, toggle to highlight the TM you would like to craft. Information about the move and the items needed to craft it will be on the right hand side of the screen. On the left side of the screen, you can see which Pokémon in your active party would be able to use this TM.

How to craft TMs in Pokémon Scarlet & Violet