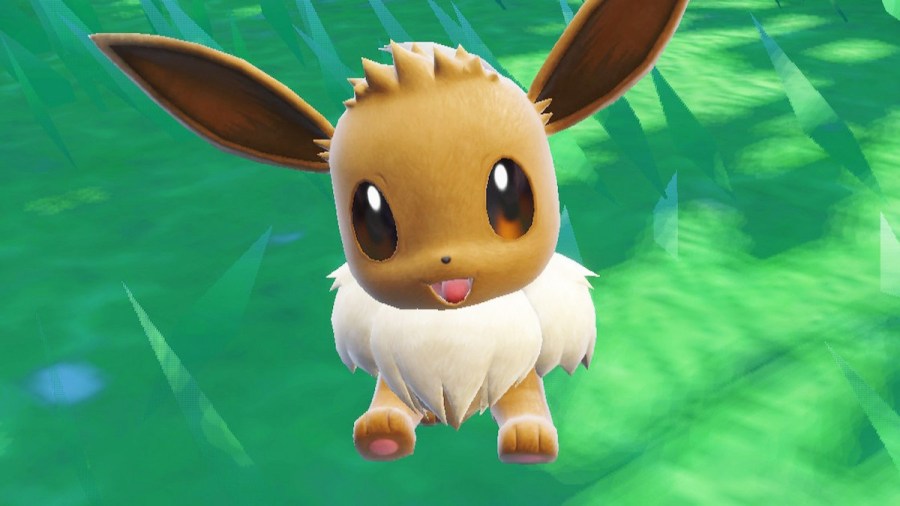 Although Eevee is a rare spawn in Pokémon Scarlet and Violet, the Normal-Type is catchable within the first few hours of the story if you look in the right place. The Paldea region also has a variety of ways to obtain its coveted Evolution Stones.

Where to find Eevee in Pokémon Scarlet & Violet

Eevee can be found early in Pokémon Scarlet & Violet, as its location is not far from Paldea University. After completing the introduction tutorial, take the Mesagoza West exit. Eevee spawns in South Province Area (Two) and can be found roaming around Cortondo City and the Grand Olive Orchard. After arriving in the province, press the Y button to bring up your radar. If you don't see Eevee keep running around the entire area until it shows up on your mini-map. Because it's a rare spawn, it might take a long time for the Normal-Type to appear. Eevee will only be around level 11, so you can add it to your team without a fight. Eevee also spawns in West Province (Area Three) at level 28, and can be found just outside the Medali City Gym.

Where to find Eevee Evolution Stones in Pokémon Scarlet & Violet

Obtaining Eevee Evolution Stones has never been easier, as you can actually buy them in the Paldea region. After defeating three Pokémon Scarlet and Violet Gym Leaders, the Delibird Presents store will start selling a Fire Stone, Thunder Stone, Leaf Stone, and Water Stone for 3,000 Pokédollars each. With these you'll be able to evolve your Eevee into Flareon, Jolteon, Leafeon, and Vaporeon. The special stores can be found in Mesagoza City, Cascarrafa City, and Levincia City. The evolution items also spawn all across the map as well, and appear as golden sparkles on the ground. In East Province Area (Three) you can find both the Fire Stone and Thunder Stone for free. Unfortunately, obtaining an Ice Stone isn't so easy, and can only be found in the location listed below.

Despite every other Eevee Evolution Stone being sold at Delibird Presents, the Ice Stone never gets added to the convenience store's inventory, even after beating the game. So to find the item to evolve Eevee into Glaceon, you will need to head up to the very Northern edges of the map. The Ice Stone spawns in Glaseado Mountain and can be found as a golden sparkle in the snow. The quickest way to find it, is to ride around on Koraidon or Miraidon, and pick up as many items off the ground as possible. The Eevee item isn't that rare, so it shouldn't take too long.

How to evolve Eevee in Pokémon Scarlet & Violet

Like all previous generations, Eevee evolves into eight evolutions using Evolution Stones. Press the X Button to access the Bag menu. Once there, move your cursor over to the Other Items category and select one of the five Evolution Stones to give to your Eevee to automatically trigger its evolution. Below is a list of every Eevee evolution in Scarlet and Violet and what is needed to obtain them.

Outside of the special Espeon, Umbreon, and Sylveon evolution, most of the Normal-Types forms can be obtained pretty easily by purchasing the stones in any of the game's three major cities. The hardest part is actually catching Eevee, which will require some patience as it has a low spawn rate.