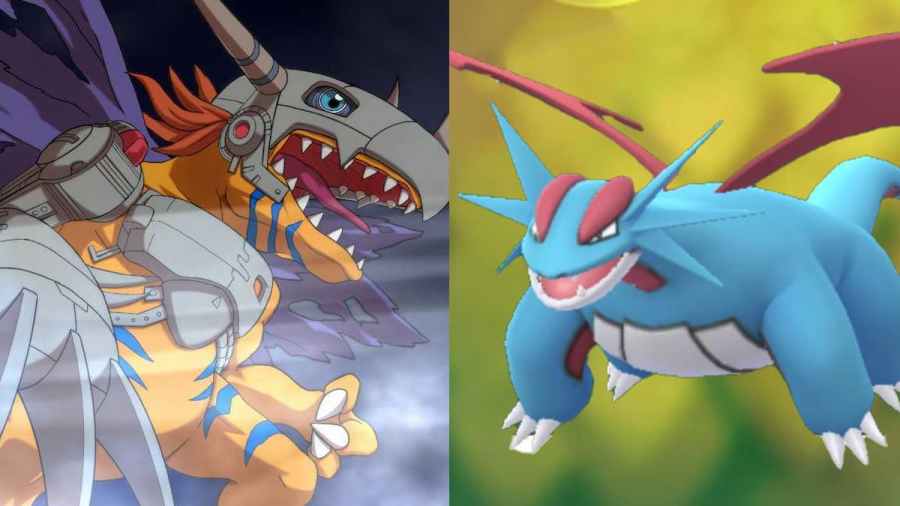 Whether one is into Pokémon or Digimon, it’s very likely that they’ll hear the other IP in passing. But however similar these creatures and their settings seem to sound, Pokémon and Digimon have their differences. If you’re looking to try games in the other’s pipeline, below are all the major differences you need to be aware of.

There are over 15 types of Pokémon, each with its own strengths and weaknesses. In comparison, Digimon only has three main types—Vaccine, Data, and Virus—which are strong and weak against each other. Some Digimons are Free attributed or don’t belong within the three types. Free Digimon are neither strong nor weak against other creatures.

Digimons might only have three types but their moves have elements: Fire, Water, Plant, Earth, Electric, Wind, Light, and Dark. Some moves are “Neutral” or have no element attached to them.

Digimons are resistant or vulnerable to certain elements. This means that Digimon partners have to consider the element of the moves they’re going to use, as well as their Digimon’s attribute, to determine the efficacy of their attacks.

Pokémon are like animals. They’re a natural part of the world trainers live in. On the other hand, Digimon lives in the dataspace. They can exist in anything remotely related to technology, from computers to telephone booths.

Most Digimon plotlines will either involve “supernatural” events in the modern world or a fantasy-like adventure in a world that exist beyond the computer.

Pokémon evolutions are very straightforward—each species has its own evolutionary line. Some Pokémon might not have an evolution and be no weaker for it, too.

Digimon evolutions are like a tree with multiple branches. Each Digimon starts as a Fresh Digimon (or a baby Digimon). Then, it will undergo around five (or more) digivolutions to reach the highest digivolution level. The type of Digimon these creatures can evolve into isn’t fixed. There are usually three “branches” to choose from at level three (Rookie) and it will continue to branch out depending on the species.

Because of this, certain Digimons like Salamon and Patamon have to evolve into MagnaAngemon two levels later.

Digimons, depending on the game, can de-digivolve back to a previous level if their partner chooses to. The Cyber Sleuth games are like this. But there are also games such as Digimon World and Digimon Survive where the Digimon is forced back to the level of “Rookie” after battles or a certain number of turns.

Since Digimon are digital monsters, their data can actually be fused or undergo special changes. This allows them to digivolve into creatures that are outside of their tree. The most common special digivolution type is DNA Digivolution, which involves fusing two very specific Digimon species together.

Digimons can learn and retain more than four moves, unlike Pokémon in Pokémon games. The type of moves they can learn is dependent on their species, attribute/type, and element.

Digivoluton and other factors have made Digimon games much more complex than Pokémon, limiting its barrier to entry. Players usually need to think about which stats, traits, and other genes they’d like to keep for their Digimons and carefully plot their digivolutions.

However, this can also make Digimon games very enticing for people who are looking for an added challenge. If you want to try a Digimon game, we highly recommend the Cyber Sleuth series.

For more guides, news, and lists, take a look at some of the other articles we have here at Pro Game Guides.

All Major Differences between Pokémon and Digimon