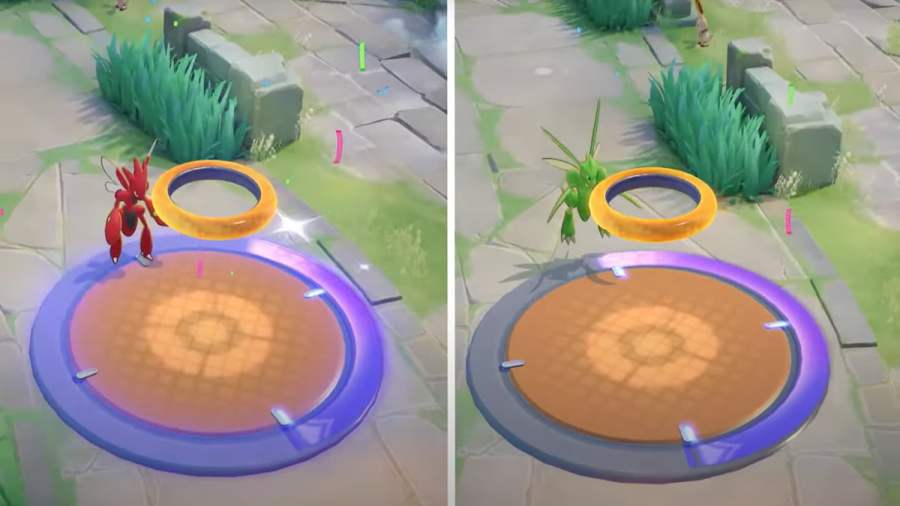 While Scizor was announced for Pokémon Unite well before its release, one big surprise was that players could elect not to evolve it. In fact, many players prefer not to, as Scyther has loads of lethal capabilities on its own. With the power to reset its cooldowns, it can rack up as many kills as a fed Greninja can.

Which moves should Scyther be using in Pokémon Unite?

To actually use Scyther, trainers must teach it Dual Wingbeat at level 5. If trainers choose Bullet Punch instead, Scyther will evolve into the part Steel-type Scizor. Fortunately, Dual Wingbeat has several benefits for Scyther.

Firstly, it's an execute move, which means it deals more damage if the target has under half HP. Secondly, it creates an X-shaped mark on the map. If an enemy takes damage within that shape, Scyther will get healed. On top of all that, the move can be used again shortly after if it contacts an enemy.

Dual Wingbeat pairs phenomenally with Double Hit. When Scyther uses Double Hit, it dashes into an enemy and marks it simultaneously. Here is the fun part: if a marked enemy dies, the cooldown on Double Hit is reset. Therefore, between using Dual Wingbeat several times and potentially getting a reset on Double Hit, Scyther can simply overwhelm an opposing team with tons of attacks in a short period.

Scyther is a decent Attack Weight user, which is nice since many players are fond of stacking early game. Other items that Scyther probably wants to run are Razor Fang and Muscle Band. If the Scyther user is jungling, it's probably better to replace Attack Weight with Focus Band since there will be fewer opportunities to stack.

Scyther, like Scizor, will also want to use Full Heal as a battle item. Any crowd control can stop a Scyther from running through an entire team during a skirmish. Full Heal will keep Scyther in the fray, Double Hitting everything and getting as many resets as possible.