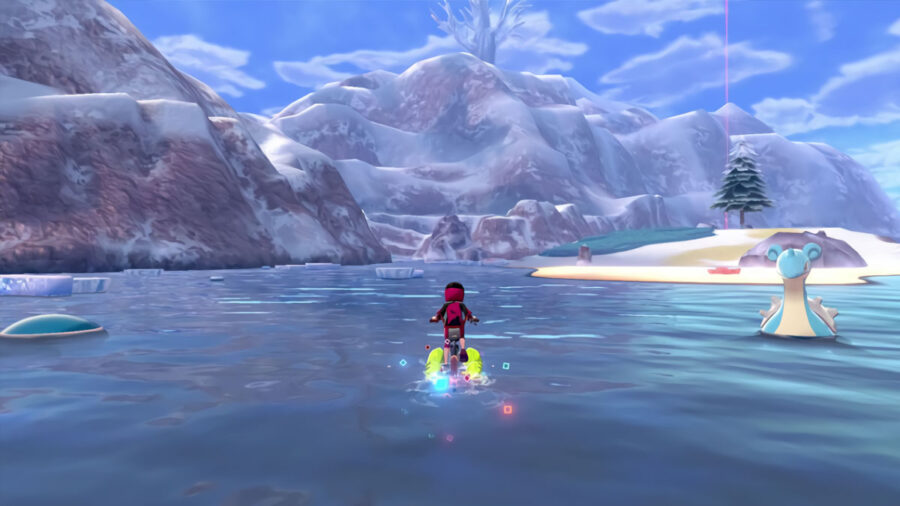 There are tons of quests to be completed in the new expansion for Pokémon Sword and Shield called the Crown Tundra. This new region takes players to the freezing plains, where snowy mountains and icy lakes are in abundance. The open wild here is massive, and no doubt everywhere you turn, you'll find a few Legendary Pokémon wandering about like there isn't a care in the world. You know what that means, get capturing!

To find a Terrakion, first, you must speak to Sonia outside of Freezington, and she'll send you on an evidence finding quest to find 50 Cavern Pokémon tracks in the Crown Tundra! These footprints on your travels are a shiny-black, meaning they are tough to miss when exploring the freezing lands. Once all 50 tracks have been discovered, Sonia will inform you of the spot where Kerrakion is roaming.

There are two places where you should be able to find dozens of tracks quickly. The first is Ballimere Lake, and the second is Lakeside Cave. Upon reaching any of these two locations, hopefully, you run into a trail of these tracks; this trail counts to fill up to your total of 50.

Upon finding the fiftieth set of tracks, head back to Sonia, and she'll use your evidence to narrow down the location of this Pokémon. Terrakion can be found sauntering the Lakeside Cave of the Crown Tundra. Who would have thought, considering you found half the tracks there! 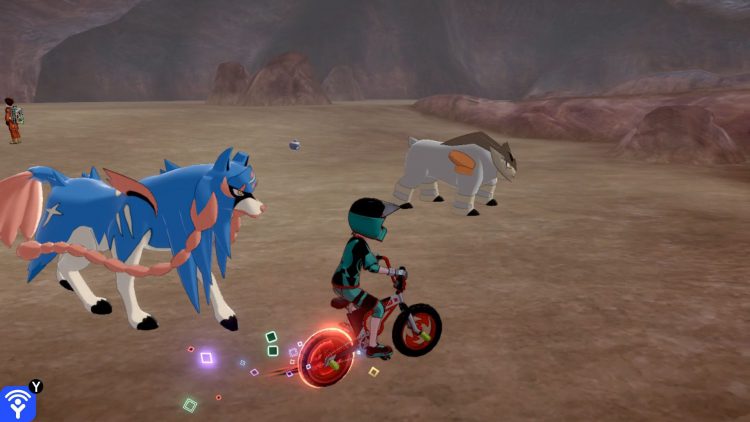 Approach this Legendary Pokémon and start the fight. Terrakion has to be captured to complete the quest for Sonia, so it's probably best to save the game before you start the battle. If caught, head on back to Sonia for a gift!

This is one of three quests given to you by Sonia to capture three Legendary Pokémon Kerrakion, Cobalion, and Virizon. Once all three have been captured, if you go to a specific location, you can capture another Legendary Pokémon - Keldeo.