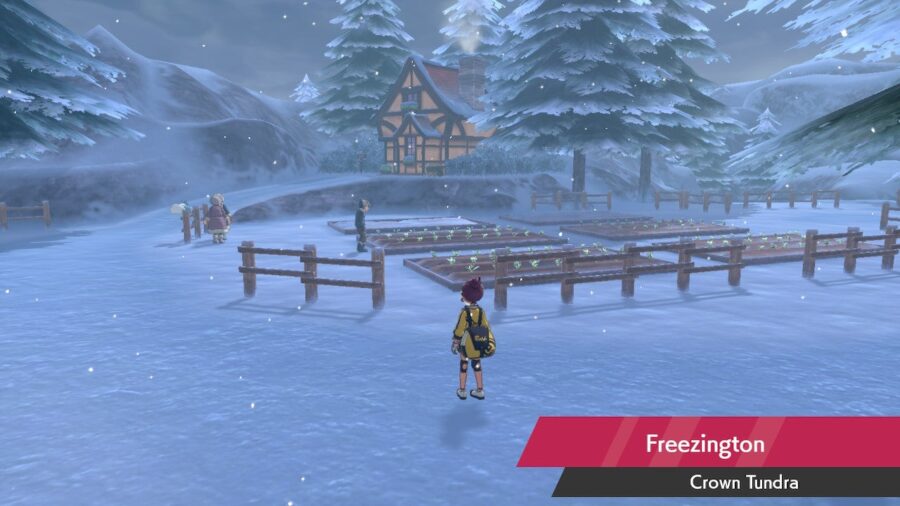 The Crown Tundra is quite a massive region; from everything we've heard about the Pokémon Sword and Shield expansion, it's an addition everyone was hoping for. It even has minor RPG elements into the game in the form of quests, and a lot of people are hoping these are here to stay. One such quest is to find the Mayor of Freezington, as this begins a massive quest to get a Legendary Pokémon. However, the mayor isn't a significant character in the Crown Tundra, but he is a recurring one, so finding him at times is a bit tricky.

Where to find the Mayor

To find the mayor, it entirely depends on where you are in The Legend of the King of Bountiful Harvests quest. If you have just begun this quest before speaking to Calyrex, he can be located in his humble abode in Freezington or standing outside. After speaking to Calyrex, he'll be somewhere in the Giant's Bed Area.

The mayors' main role is to help you combine the two parts of the Legendary Pokémon into one again as Calyrex has lost its trusty steed - either Glastrier or Spectrier depending on where you have planted your Carrot Seeds.

After you meet Calyrex, the Pokémon will inform you to speak to the villagers of Freezington, who will then tell you to find the mayor. However, he is not currently at his home in Freezington. To find him, you must head south of the village, through Frostpoint Fields and into the Giant's Bed area. As long as you keep heading directly south from the fields, you'll find the mayor near the center of this area next to some more fields.

Speak to him here to advance the quest, then go back to his home in Freezington to progress The Legend of the King of Bountiful Harvests story further.