Our Pokemon Sword and Shield Legendaries List features all of the known Legendary Pokemon that will be coming out with the release of the first full-fledged Pokemon title for the Nintendo Switch console. With each new full Pokemon game we get a bunch of new Legendary Pokemon added to the PokeDex. Pokemon Sword and Shield will likely be no different!

Zacian attacks so gracefully that its movements can even captivate its opponents. It holds what appears to be a sword in its mouth.

Zacian is the main mascot Pokemon of the Pokemon Sword version of the game. That means, you'll only be able to catch Zacian if you own Pokemon Sword. You can obtain it in other ways via trade, but the typical way you get these mascot Legendaries is by catching them in the game.

Zamazenta’s regal and majestic movements overwhelm any opponents that dare face it. Its body is covered in what seems to be a shield.

Zamazenta is the mascot of the Pokemon Shield game. That means you will only be able to catch it in the wild by owning the Shield version of the game. You generally get a chance to battle against the mascot Pokemon when you've completed the story of the game, and at that time you'll be able to catch it. If you want to have both of these Legendaries, you can either trade for one of them which can be kind of difficult to accomplish, or you can purchase the other version of the game and catch it by playing through it again! If you plan on purchasing both games, Nintendo is offering a Pokemon Sword and Shield Double Pack! 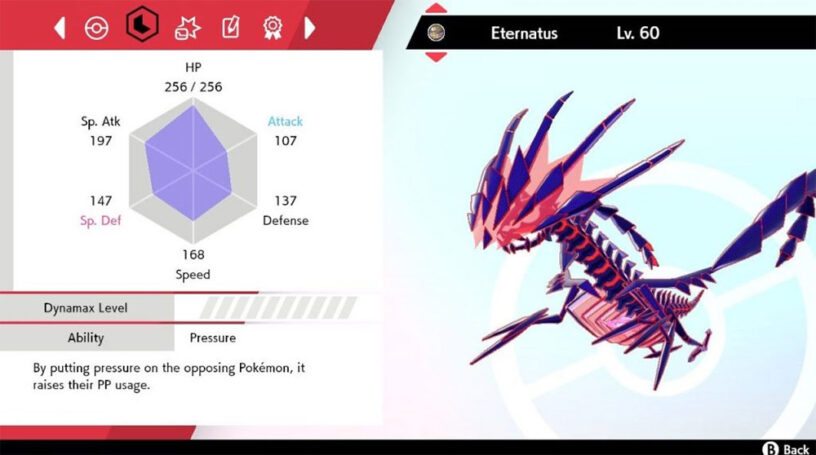