PUBG is getting a new map called, Karakin! It looks to be a desert based map which is reminiscent of Miramar. This has been received as a mixed bag, because while some people enjoyed that map, a lot of players felt like it was too large. We'll have to wait and see how Karakin is laid out and if it improves upon the previous desert experience.

Karakin can now be played on the test server! It will not go live on the public server until Season 6 starts, which is on January 22nd, 2020 for PC and January 30th, 2020 for Console! 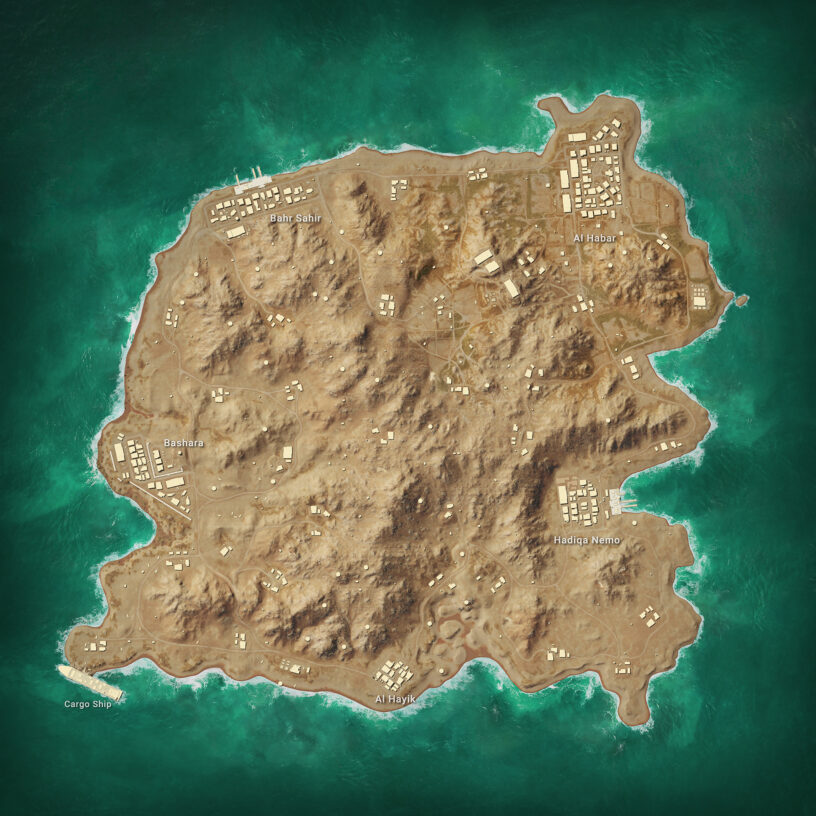 Karakin is a 2×2 km island off the coast of Northern Africa. It’s an arid, rocky environment that provides wide-open terrain and challenging engagements. It’s small, fast, and dangerous: Expect the tension of Miramar combined with the pace of Sanhok. Karakin is a 64 players map.

This is a new hazard that is similar to the Red Zone, but only happens on Karakin. This random zone is a lot more destructive then the Red Zone, so don't think that you are safe by just being inside a building.

If you look closely, you might see what looks to be a RPG or Panzerfaust on the back of one of the players which would be an interesting addition to the game.

Vikendi Rotating Out in Season 6

If you're a big fan of Vikendi, you aren't going to be entirely pleased. It looks like Karakin will be replacing it for now, and Vikendi will not be available for the time being. This has been confirmed by Hawkinz, PUBG's Community Manager:

Vikendi will be rotating out when Season 6 begins, but not permanently.

You can of course still play Vikendi in custom matches.

According to leaks from PlayerIGN, it looks like there will be the following locations on the new map: