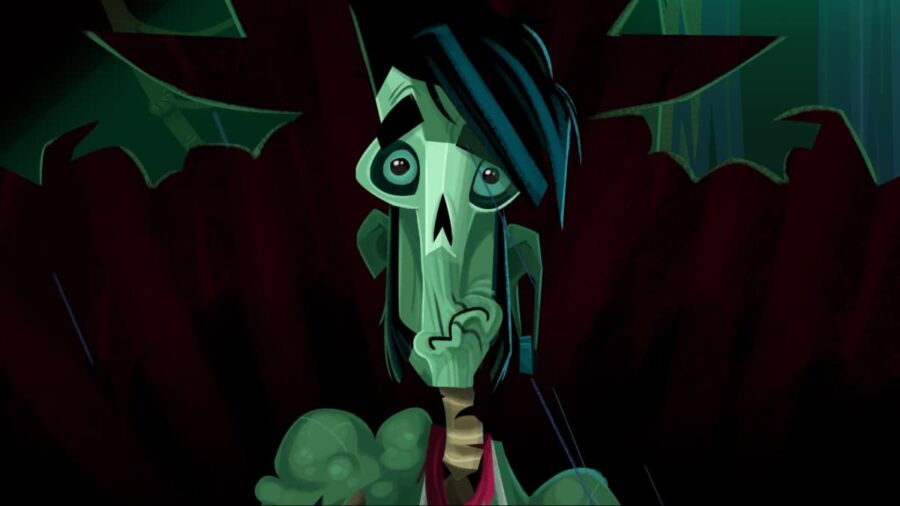 Open the crate in the hold to find Murray the skull, but you'll have to leave him here for the time being. Now grab your mop, swab the grease, and then swab the porthole with the grease. You'll have to repeat this process three times before the hole is greasy enough for you to climb through. Once outside, go right and climb up onto the deck. You'll find out that, to complete the potion to get to Monkey Island, you need to find a flat skull.

Related: What's the difference between Casual and Hard mode in Return to Monkey Island?

Where is a Flat Skull located in Return to Monkey Island

Go back down to the hold and convince Murray to come with you by saying you can get him closer to LeChuck. Take him onto the deck by going back out of the window and then down to the lower deck. Put Murray through the laundry press to flatten him, then take him back on deck and throw Murray into the cauldron. After an unfortunate incident for your previous boss, you'll be promoted to First Swabbie and have escaped the hold for good.

To escape the hold on Hard mode in Monkey Island, you must swab the screws holding the porthole. There are three screws, so swab each with grease before returning the mop. Use the knife to unscrew them, and the porthole will open. Next, swab the porthole with grease three times to escape. Follow the walkthrough for Casual difficulty until you have to flatten the skull.

Here the laundry machine will break as soon as you touch it. Fix the press using the screws from the porthole on the laundry press to fix it. Afterward, continue using instructions for Casual mode. Now you're on a new mission to create a potion that will take you to Monkey Island. It seems an impossible task, but there's always a solution.