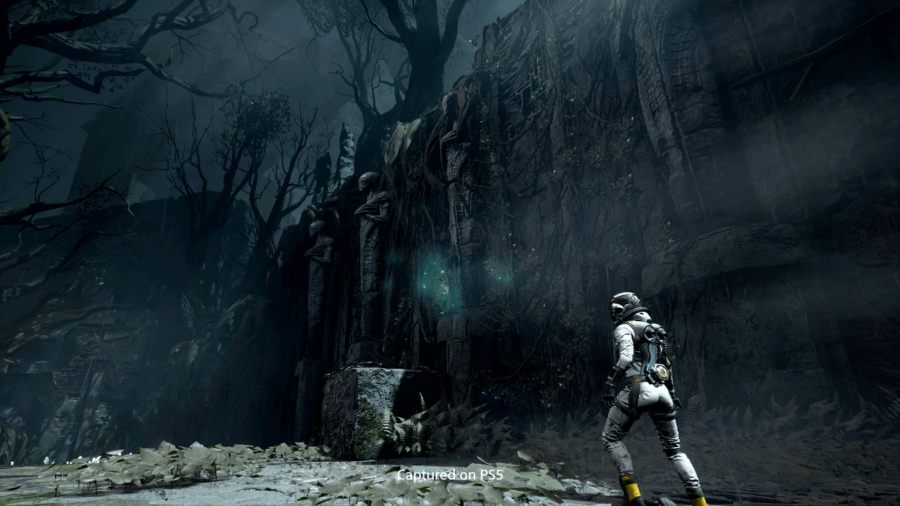 If you're booting up Returnal for the first time, expect to die. A lot. This roguelite action-adventure from Housemarque designs death as a replayable game loop, with each run motivating the player to progress further into the cosmic horror. So, what happens when you die?

What Happens When You Die?

When you die in Returnal, you resurrect as Selene, auto-pistol in hand, to the moment where you first crash-landed on Atropos. In other words, the time loop resets to the beginning of the game. Prepare for another procedural run, progress a bit further into each biome, and hone your twitch-like adaptive skills. That's the core loop of Returnal, which borrows the live, die, repeat mechanics of roguelike/lite games like Hades and Enter the Gungeon while retaining the bullet-hell aspects of familiar Housemarque titles like Resogun.

For every resurrection, you lose all the weapons, artifacts, and consumables collected from the previous run. Expect all passive upgrades and healing items to wipe clean from your inventory, waiting to be collected once again. In addition, each biome resets with randomly-generated rooms, though much of the rooms should become familiar by enemy-type and collectibles, no matter the changed location. Basically, expect to start from the ground up during each run.

Related: How to switch weapons in Returnal

That's not to say you lose everything after death. Some equipment like the Hermetic Transmitter and the Atropian Blade remain on your person permanently. These items allow for faster traversal through biomes and are unlocked at specific points in the game, and you should never worry about losing them.

You are not forced to beat a boss more than once and can skip them after defeating them the first time. Moreover, across the 6 biomes in total, you receive a permanent checkpoint of sorts after completing Biome 3. This allows you to instantly teleport to Biome 4 at the beginning of each resurrection.

But, there are advantages and pitfalls to avoiding previous biomes and bosses. You lose out on all the potential upgrades acquired from clearing these areas/enemies, so it's best to think strategically through each run. It's often more advantageous to start fresh from Biome 1 while cleaning up the bosses depending on how crucial you need stronger weapons.

The time loop element of Returnal is fundamental to the gameplay, but this is also woven into the story. With each resurrection you also learn more about Selene's backstory, gaining more insight into the mysterious plant Atropos while piecing the withheld story together like a puzzle. Of course, the further you progress, the more finished the puzzle appears.

For more on Returnal, be sure to check back with Pro Game Guides.

Returnal | How to get the grappling hook

Returnal | How many Biomes

Returnal | How many Bosses

Returnal | Where to find the Sword

Returnal: When does the Game Save?

How to switch weapons in Returnal