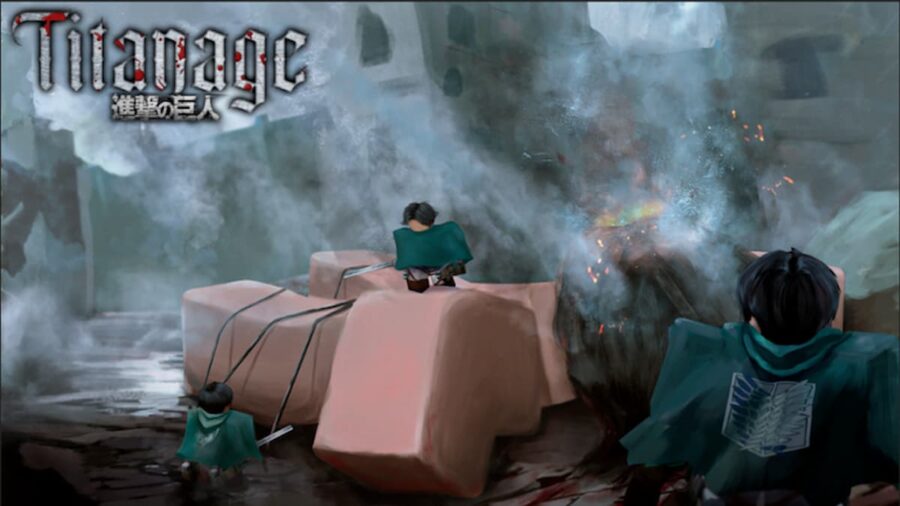 Titanage takes elements directly from the popular anime and manga Attack on Titan and challenges players to overcome them and succeed—including the intimidatingly large and powerful Titans. These Titans are ruthless with their attacks and will immediately charge you if you're spotted, so it may seem nearly impossible to take them down, especially more than one at a time. In this quick guide, we'll be going over our tips and tricks to help you eliminate any number of Titans with ease.

This tip may seem unnecessary, but it is undoubtedly important. The grappling system in Titanage is similar to the vertical maneuvering equipment utilized in Attack on Titan—players can grapple to nearby buildings, the ground, and even Titans to launch themselves around the city. Not fully understanding how this system works could be detrimental in times of combat. Hence, it's crucial to practice running around, jumping, and engaging with the gear to ensure that you're prepared and ready to use it to your benefit.

Related: All skills in Roblox Titanage

As mentioned above, Titans will immediately charge you once you've entered their line of sight and will do so with high speed. Try your best to avoid detection by utilizing the alleyways and rooftops around the map to sneak by and surprise attack. If playing Titange with friends, it's also a good idea to have one or more people be the bait, while others can sneak around to the back of the Titans and make their deadly move when they least expect it.

Aim for the neck

It seems as though the neck is the soft spot for Titans, and specifically the back of the neck where the spine and skull meet. We recommend sneaking up behind a Titan, grappling up to the shoulders, and going right for the neck for the quickest takedown! This won't always be a one-shot kill, but it's one of the best strategies, in our opinion.

How to get every stand and ability in Roblox A Universal Time (AUT)?

How to beat the Kaigaku boss in Roblox Demonfall?