Our Roblox Pet Ranch Simulator 2 Codes post has the most up-to-date list of codes that you can redeem for to accelerate your collection of gold. These codes can make it easier early on in the game when you're trying to gain pets and level up your ranch!

If you want to enter codes into Pet Ranch Simulator 2, you will need to hit the big MENU button and scroll down until you see the blue Twitter icon that is labeled Codes. Click on that and you should see the following screen: 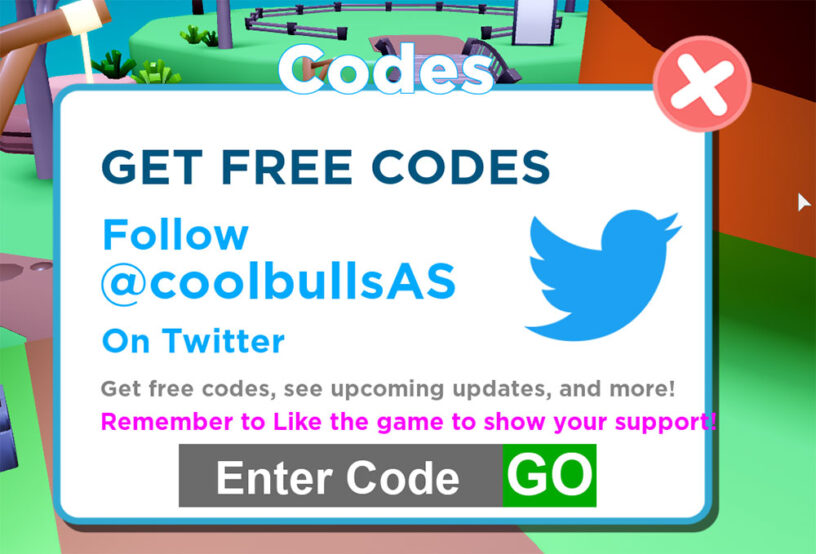 Copy one of the codes below and paste it into the "Enter Code" area shown in the image above. Hit the Go button and you should get yourself some boosts!

There's not many codes right now because the game was just released, but we'll be posting more the second they are available so check back often. Here's a look at all of the active and expired codes that we know of at the moment.

If you're looking for codes the second they go live, be sure to follow Coolbull on Twitter!