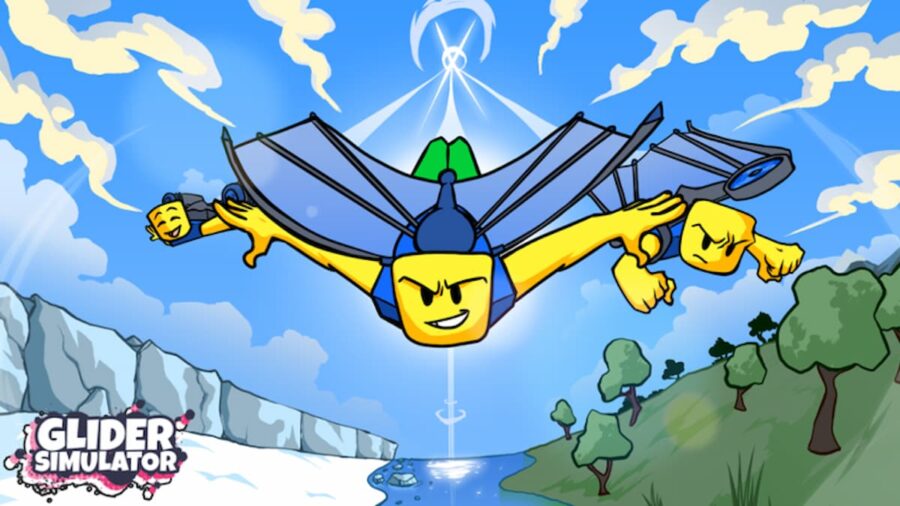 Height and distance in Roblox Glider Simulator are measured in studs, and each shot out of the cannon will inch your distance further. You'll constantly upgrade your glider and cannon, but in order to do that, you'll need coins and gems. While you earn coins simply by playing, our Roblox Glider Simulator codes will help you reach those larger distances faster in this simulation experience.

Simulator games are a popular genre on Roblox, but they are time-consuming. To help cut down your grind, we've got codes for games like Anime Fighters Simulator, Pet Swarm Simulator, Strongman Simulator, Roblox Anime Warriors Simulator, and Pet Simulator X.

All of the active Glider Simulator codes are listed below.

These Glider Simulator codes are inactive and no longer work.

How to Redeem Glider Simulator Codes

Redeeming codes for free rewards in Glider Simulator is easy.

How can you get more Glider Simulator codes?

Of course, we suggest bookmarking this page too, as we're always on the hunt for new Glider Simulator codes and we update them as soon as we find more codes!

What are Trails in Glider Simulator and where do I equip them?

The primary purpose of Glider Simulator codes is to get in-game currency to purchase upgrades. While coins are used to upgrade your equipment, Gems can be used to purchase new Trails, which provide boosts to the currency you earn every time you glide. To get a new Trail, simply walk over to the Trails area (it has a purple sign) in the lobby. Step on the store button and purchase a Trail Capsule. Then, equip it by pressing the Profile icon on the left and navigating to the Trails tab.

On Roblox, redeeming codes can be tricky. The main reason your codes don't work is because they expire. At some point, Hungwy Games will turn older codes off and you will no longer be able to redeem them. But, whenever the game hits a major milestone or receives an update, you can expect Hungry Games to release brand new Glider Simulator gem and coin codes.

Your Glider Simulator codes also might not work due to improper input on your end. Codes are case-sensitive, so even a capital letter will result in the code not working. We recommend copying and pasting our codes exactly as they are written above.

What is Glider Simulator?

Glider Simulator joins the Roblox simulators with an aerial spin. Your goal is to soar through the air in your glider and reach further distances every time you're shot out of the cannon. As you travel, you'll earn coins to spend on improved versions of your gliders and cannons. The only way to progress is by strengthening your gear, so keep on flying until you've reached the top of the leaderboards!