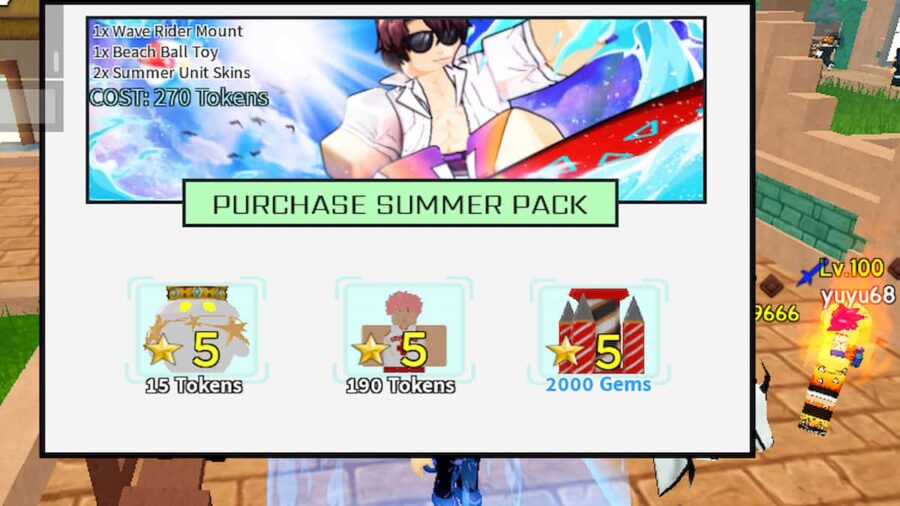 Are you looking to find the Traveling Merchant so that you can get some exclusive items during the SummerFest event? If so, read this for some tips!

Who is the Traveling Merchant?

There has been a new update released in All Star Tower Defense. The SummerFest update had your garden variety bug fixes and stability improvements, but it also added some exciting new features. One of those is the traveling merchant, who will show up at random times to allow you to purchase exclusive items like Super Fireworks.

Related: Roblox All Star Tower Defense: Water Goddess stats and how to summon

Where is the Traveling Merchant?

As far as we can determine, the traveling merchant doesn't show up at any specific time intervals. It appears to be random, but not infrequent. If you are in the right area for at least an hour (the time may be shorter, this is a conservative estimate), you should see him. You will need to hang out in the lobby area to find him. Like the above picture depicts, he has gray spiky hair. He wears a long-sleeve business shirt with a black vest and black backpack.

He should stand out from other players since he will not move in the same fast or animated way actually players do. The merchant will also have his title above his head. He'll be sitting on a bench, likely the one by the summoning area. If he is not currently present, it seems that you will still see the black backpack on the bench.

This is the most up-to-date information we have on the merchant. We will update if any of this information becomes more detailed.

How to get Wamuu in Roblox Project Star?