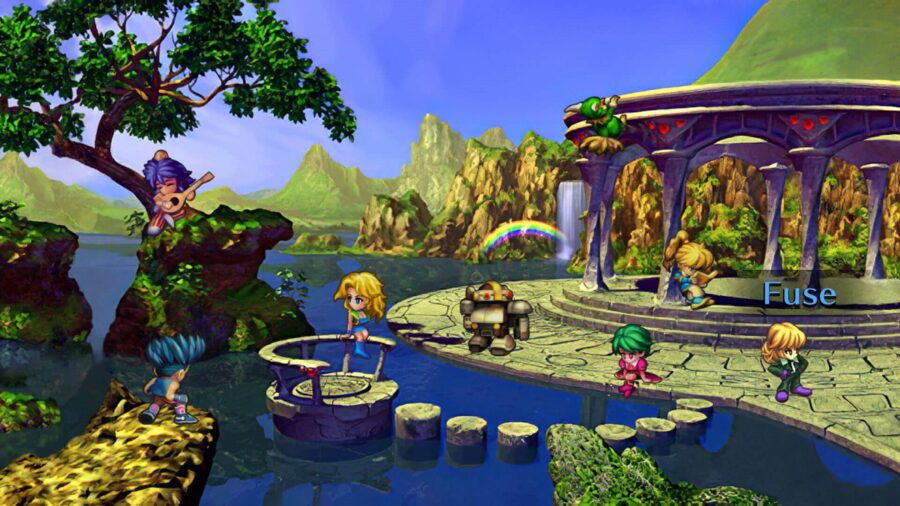 Can you remember playing SaGa Frontier back in the day? Or is this a completely new experience for you? Either way, there's new content to unlock in SaGa Frontier Remastered, and one of them is a new character called Fuse.

How to Unlock Fuse

To unlock Fuse is very straightforward, but it may take some time to acquire him as a playable character, as you need to complete the game with any main character.

If you know SaGa Frontier like the back of your hand, it may not take you as long. Moreso, heavy grinding and power-leveling is potentially involved in beating the game's final boss if it's your first time playing.

Once the game has been beaten, as you start a New Game Plus, and you can choose Fuse as a playable option out of the already seven characters available.

Related: How to Unlock New Game Plus in SaGa Frontier Remastered

Fuse was actually meant to have been in the original SaGa Frontier as the eighth character, but he was cut from the game before the PlayStation title was released. Though oddly enough, he does have a sprite in the game's data, as well as a janitor costume

Fuse is a patrolman for IRPO. He excels in hand-to-hand combat and is generally geared towards learning all the martial arts moves in the game.

How to Unlock New Game Plus in SaGa Frontier Remastered