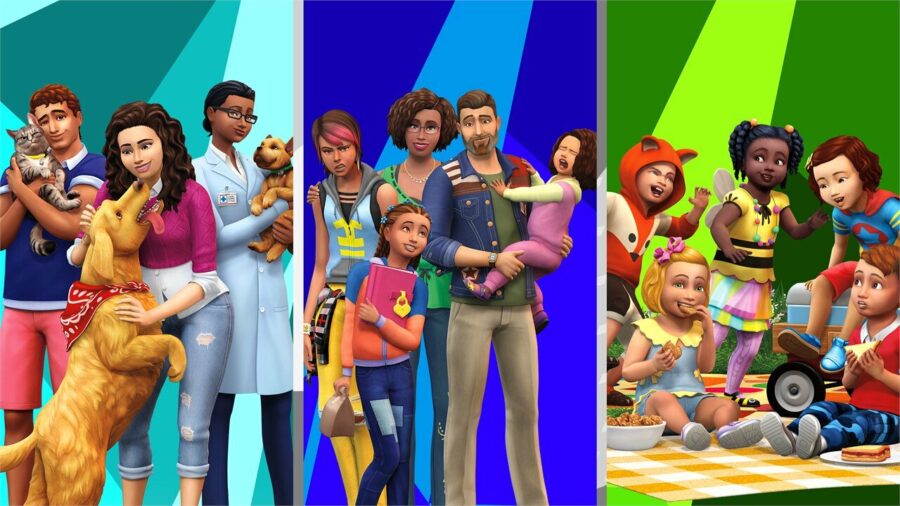 The Sims 4 is everyone's favorite simulator where you can build a house, a home, a family, and also become anything from an Astronaut to a Cat Burglar. In short, the possibilities are near endless, and that is what has millions of people coming back to it even though this latest installment was released seven years ago, back in 2014. That being said, sometimes developers have to put caps on certain things in-game. This can be for a few reasons, graphical capabilities, memory availability, but sometimes it is just so that things don't get unmanageable.

How many Sims can be in a Household in The Sims 4?

There are currently 10 expansion packs available for The Sims 4, alongside nine game packs and 18 stuff packs! So, there is no shortage of content for the game. EA are always working on adding new features to the title that match up with current trends and cultural hobbies.

However, in a game so big there have to be some things that have limits. A lot of people wonder exactly how many members you can have in a Sims household and what the maximum is.

In previous games, the number of Sims depended on what add-on and expansion packs were installed, as pets are obviously household members and despite not being as controllable and detailed as the sims themselves, do increase the number of beings in any given home that you have created.

Related: How to Back Up and Rescue your Saves in The Sims 4 | PC

The maximum number for any given household in The Sims 4 is eight house members. Even with expansion packs such as The Sims 4: Cats and Dogs you cannot have more than eight in a house. This means that you will have to decide whether you want six kids or four kids and two pets etc, if you want a house that is that hectic!

In The Sims 2 and The Sims 3, it was actually possible to go up to 10 members with the pets Downloadable Content (DLC) installed, but EA seemed to save us all from that kind of insanity and scaled it back down to the rounded eight that has been the case in the series since it began.

Now that you know you can have eight house members you can choose whether you want a party house, or if a nice small number is best for your play style!

Speaking of increasing the number of people in your house, why not find out how to summon Guidry in The Sims 4?

How to fix ‘Script Call Failed’ Error in The Sims 4