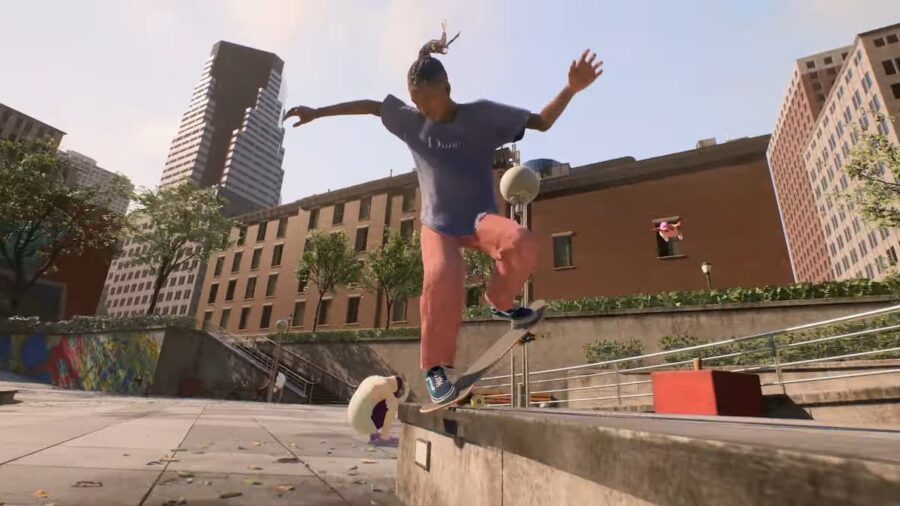 The upcoming skateboarding game Skate 4, which has now been officially named just Skate, has released a new extended video called The Board Room that goes over all the components that fans should expect for the game. The Board Room includes the developers at Full Circle, who are working on the new Skate game. The video answered a lot of fans' need-to-know answers, including if the game will have crossplay, if the game will have multiplayer, and what platforms the game will release on.

Will Skate have online multiplayer?

The Skate franchise has always been known for its online multiplayer fun, so it's not surprising when the developers in the Board Room video announced the game will have online multiplayer. You can play against your friends on the internet. You can compete who's the best virtual skater among your friend group or who lands the hardest after they fall off their skate.

Related: How to sign up for the Skate 4 playtest

Will Skate have crossplay?

The next Skate game will have crossplay and will fully be cross-platform. That means players that have the game on one console can play against players on a different console via online multiplayer. The game will also support cross-progression, which is when a game allows you to play the game on one platform and continue your progression on another. For example, you can start playing Skate on your PlayStation, but you can pick up your progress on your Xbox. If you link your Skate account or profile to both consoles, you can continue where you left off on your PlayStation with your Xbox.

If the fourth Skate entry is capable of crossplay, then what platforms will Skate release on to "cross?" In the Board Room video, general manager of Full Circle Dan McCulloch says "Skate will be full crossplay and cross-progression across last-gen, next-gen, and PC.” That confirms that the game is coming to PC, but what about the other platforms?

Will Skate be released on other platforms?

McCulloch's quote implies that the game will release on multiple consoles, both last-gen and next-gen. The quote suggests that you should expect the game to release not only in the current generation of gaming consoles but the last generation of consoles. Skate is likely to launch on the PS5, PS4, Xbox Series X/S, and Xbox One. There's currently no way to determine if Skate will launch on the Nintendo Switch, as the hardware for the Switch is less powerful than the PlayStation and Xbox consoles.

Skate will be free-to-play, yet no official release date has been announced at the time of this writing.

For more on all things Skate, including What is Skate Story – Release date, platforms, & more, keep reading Pro Game Guides.