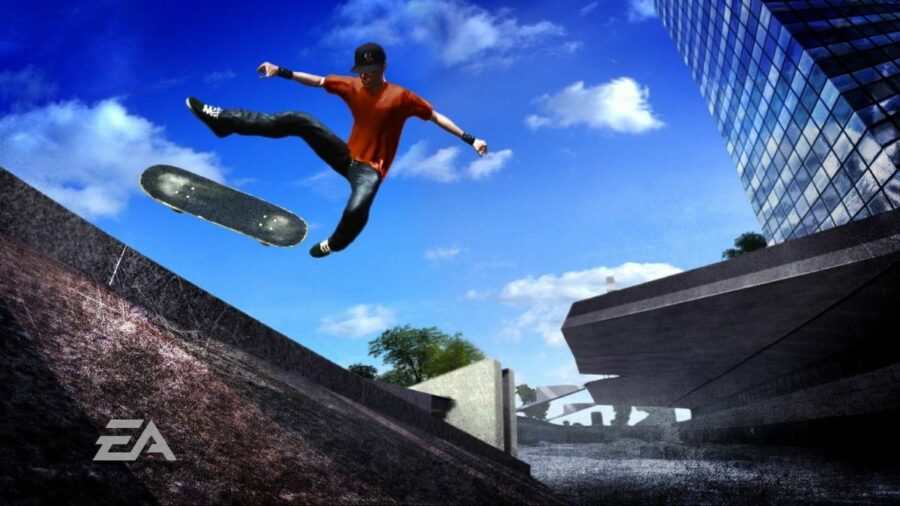 After years of requests, tweets and comments we finally got an answer from EA that we had been wanting for just over 10 years: That we are indeed going to get Skate 4! The development titans' last extreme sports game was Skate 3 released back in 2010, which is still going strong in the community but we are definitely glad to be expecting a new installment.

There is a current resurgence in skating games, with the likes of Tony Hawk's Pro Skater 1+2 getting a re-master, and indie studios taking their shots at making skateboarding games as well. But it would seem that the Skate series still holds the torch with its pioneering of joystick controls to mimic the likes of fliptricks and manuals, making it the most intuitive control system in its genre.

Here's a look at what we know so far about the highly anticipated Skate 4.

Will it be different to Skate 3?

In terms of graphical capabilities and the engine it's built on, yes. However, the mechanics that we have become acquainted with and love will remain the same.

In an interview with Jenkem Mag, developers Cuz Parry and Deran Chung were quoted as saying "it’s going to feel like a Skate game is what I can say. It’s not going to be something different." It is evident that the team are trying to bring back the magic that made the first three games in the series so successful and enjoyable.

Of course the new title was revealed back in June 2020, but the reason as to why we are getting it is pretty simple: community and fanbase. Although there has been some shuffling around within the ranks of EA, namely Laura Miele being promoted and championing the cause for Skate 4, the fans have made this happen in large part. The game at this point is a cult classic, and streamers and YouTubers alike are still playing this even today with much success.

In 2014 there was a rise in popularity where Skate was concerned, but content creators such as Zexy Zek who boasts over two million subscribers as of this article, with Skate 3 videos averaging around one million views per upload helps keep the franchise in the spotlight. Back in 2018 people were convinced that we were going to see the return of Skate when the online servers mysteriously came back online. Further in the interview with Jenkem, the pair revealed that, "it was a mistake. I asked an online software engineer who’s a good friend of mine what happened and he was like, “Oh, I think someone rebooted a computer by accident.”"

Black Box Studios, the original subsidiary of Electronic Arts, was disbanded in 2013, but that doesn't mean that some of the original creators aren't working on Skate 4. The official current studio is called Full Circle. Both Chung and Parry were on the original team that created the Skate games, so there will be no loss of authenticity there. Both are excited for the new project, as they were very aware back in 2010 that Skate 3 could have been the end of the road. Downloadable content pursuits back then were heavily worked on just in case it was to be the last Skate game in the franchise. However, they stated in the interview that "It was something we knew eventually would happen again."

Related: All Professions and Careers in The Sims 4

When is Skate 4 going to be released?

There is still no official word as to what date we will see Skate 4. When asked when development started they worked around the question and didn't exactly answer it, so development will most likely still be in the early stages. At this moment in time a 2022 release looks the most realistic, but there is every hope that we will get it in the fourth quarter of 2021. With regards to whether it will even be called Skate 4 they expressed "we haven’t confirmed what the title of the game is. That’s still up in the air."

Given that the team is still looking to recruit 30 roles within the company, it could be a little while yet. The pair also had this to say about its eventual release, "we’re going to try to give it to you as soon as we possibly can. We don’t want to rush and blow it. We don’t want it to misrepresent what we built before and what skateboarding is now."

It's been 11 years, who will the pro skaters be in the game?

This is also something that is still to be revealed. At the time of their interview with Jenkem they seemed in the dark themselves about it (unless they were playing coy). They said "full disclosure we haven’t talked to anybody at all. Nobody knows it exists…well, except for a couple of skaters that did some mocap…so I guess they know we exist."

Past games have shown a great cast from the pro skating ranks, such as Danny Way, Andrew Reynolds and Josh Kalis. The series has always been partial to Plan B members, so hopefully we'll see some of them return, but since the release of the last game many other skating companies have been formed. Who knows, maybe we will see the likes of John Hill, Braille or the Revive Skateboards team from the YouTube skating community. This is just speculative of course.

What consoles will it launch on?

Given the arrival of the PlayStation 5 and Xbox Series X just mere months ago, these will be in their prime once the game releases and will be the main platforms for it. An educated guess would suggest that the PlayStation 4 and Xbox One (Original, S and X) will get a release as well given that the Skate team skipped a generation of consoles, with Skate 3 covering the Xbox 360 and PS3. This is, however, also speculative. Computer enthusiasts are also in luck as there are talks of it being available on PC as well, which makes sense given that the likes of Session and Skater XL are available through Steam.

Fingers crossed that we will see the new Skate game sooner rather than later, but definitely not before it is truly ready.

Wanting more content from the guys over at EA? Check out the 21st anniversary Sims 4 content update!