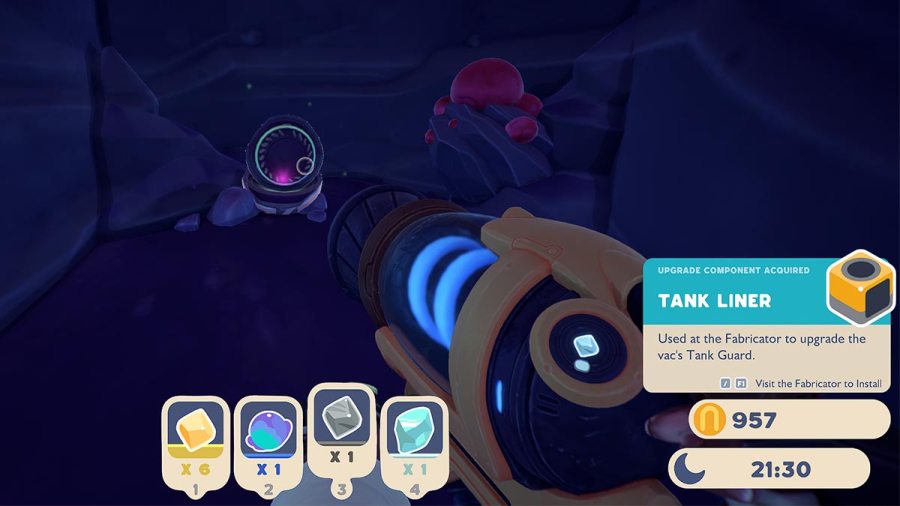 Slime Rancher 2 offers players numerous areas to explore and hidden secrets to uncover. While exploring the alien world, you'll come across small pods, each containing a useful item that can be used in the fabricator. One such rare item is the Tank Liner. Here's how to get your hands on it.

Where to find Tank Liner in Slime Rancher 2

In Rainbow Fields, you'll find a cave entrance blocked by a big Phosphor Gordo Slime. The cave's location is marked in the map above. Before heading there, carry lots of fruit, such as Cuberry and Pogofruit, in your inventory. Now approach the Gordo Slime and feed it fruit until it explodes and clears a path for you.

Related: Where to find Heart Beet in Slime Rancher 2

At the end of the cave, you'll see a Tabby Slime statue beside a blocked entrance. You can open the doorway by shooting a Tabby Plort into the statue's mouth. Tabby Plort can be obtained by feeding meat to Tabby Slimes, which roam at the west end of Rainbow Fields. Once the entrance is open, head inside and open the pod to receive what you came for, the Tank Liner.

What is the Tank Liner used for?

How to get the Tank Liner in Slime Rancher 2