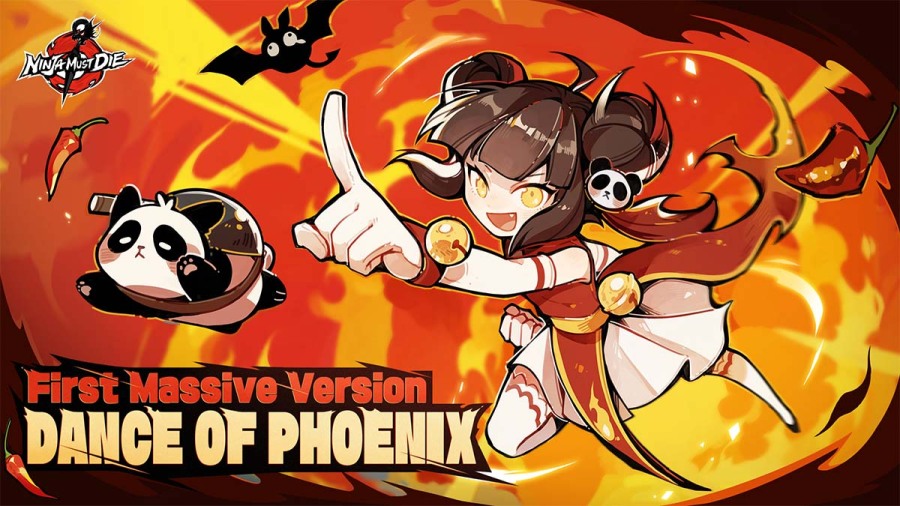 This article is sponsored by Ninja Must Die. Download it for free here.

Ninja Must Die is a uniquely developed combat runner game that combines fast-paced, side-scrolling running with cool ninja action in a beautifully painted ink-style world. It features different Ninjas with special abilities that you can pick to fight enemies and save the world from Samurai and Oni in the dark.

The maintenance for the game’s January update—Dance of Pheonix—is over. You can now download the latest patch that adds a brand-new protagonist, Pepper, to the existing roster. In addition, her super cute outfit, Festival Pepper (which compliments her buns), can also be purchased as soon as she becomes available.

Pepper is a descendant of the Diving Flame Clan and lost her parents soon after she was born. She was then rescued by Seikei and is learning Ninjutsu under his influence. She has been a spice lover right from childhood, and her name, Pepper, comes from the fact that she was holding a chili while she was being saved.

Pepper loves to collect ingredients, especially spicy ones, and cooks tasty dishes for herself and Seikei. Her goal in life is to find out more about her past; hence, she joined ninjas in Ninja Village after growing up. She is a natural talent at Taijutsu, and even though she has not learned Ninjutsu properly, she can thrash enemies without a problem.

For you to dive deeper into her origins and story, Pandada Games has also added a new Sidestory Stage that gives you an opportunity to get to know her better. The good thing here is that you won’t even need to unlock her in order to participate in her storyline.

Pepper has a fire element, and her basic ability, Fire Soul, will let you triple jump while playing the game in order to avoid attacks and obstacles. What's more, Ninjutsu's learning ability will cause a continuous powerful outburst of fire that will heavily damage dragons, bosses, gods, and other enemies.

She is a great character to pick for close-range battles, and her combat is pretty satisfying. You can have a look at her gameplay and new skin below. Get the game for free on the Google Store or IOS.