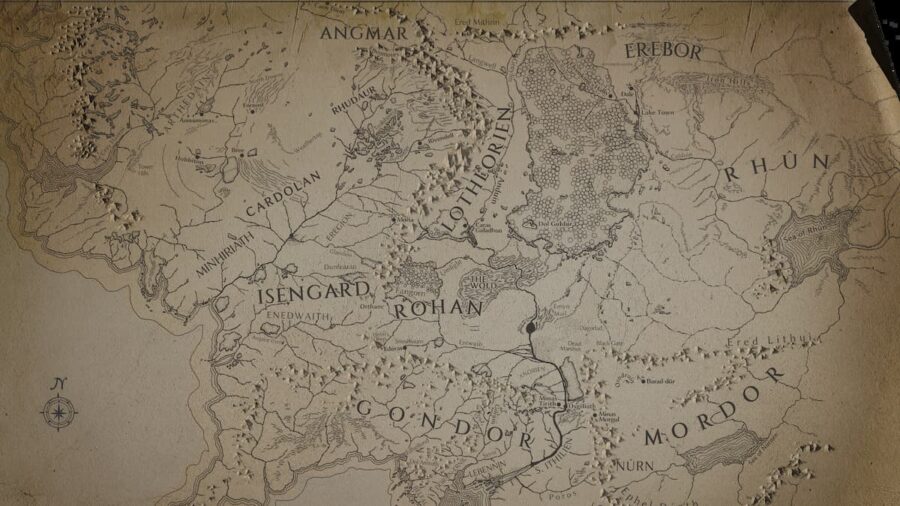 This article is sponsored by NetEase Games.

The Lord of the Rings is much younger than you might think, with the first book in the trilogy only showing up in 1954. It feels timeless.

Thanks in part to Peter Jackson’s awesome movies, we all know the story of The Lord of the Rings. We’ve all seen Gandalf, Frodo, and Sauron in the flesh, and we’ve all visited Minas Tirith and Barad-dûr.

The Lord of the Rings: Rise to War, from NetEase, lets you meet these characters and visit these places again in a brand new, totally original storyline.

The One Ring has mysteriously resurfaced at the isolated castle of Dol Guldur, and the races of Middle-earth all want it. Cue a war between Gondor, Rohan, Mordor, Isengard, Angmar, and the other factions of men and monsters.

You’re in it too, either as a goody-two-shoes Fellowship or a snarling, smelly Warband. The gameplay in this “geo-strategic seasonal wargame” is tile-based, with Middle-earth carved up into a giant grid that you have to take one square at a time.

It all starts, however, with your settlement. To get anywhere you need to keep your settlement healthy and thriving, by upgrading your buildings, training your troops, recruiting commanders, and so on.

Each tile you take gives you resources, which you can plow back into your settlement, in turn making your army stronger and more capable of taking high-value tiles.

All of this takes time. So much time. The Lord of the Rings: Rise to War has far more in common with more in-depth strategy titles than it does with more casual entries in the genre.

You’re in a war, and your strategies play out over weeks and months rather than minutes and hours. Cutting off your opponents’ routes, disrupting their resource-collecting abilities, and striving to reach Dol Guldur are all long-term enterprises that require patience and tactical flare.

It’s happening right now, so head to the Google Play Store, App Store, or the Galaxy Store to get involved.

Recently Updated The Lord of the Rings: Rise to War Posts

The Lord of the Rings: Rise to War is a new Middle-earth adventure that stays true to the series’ roots

The Lord of the Rings: Rise to War is a geo-strategic seasonal wargame, out now on mobile