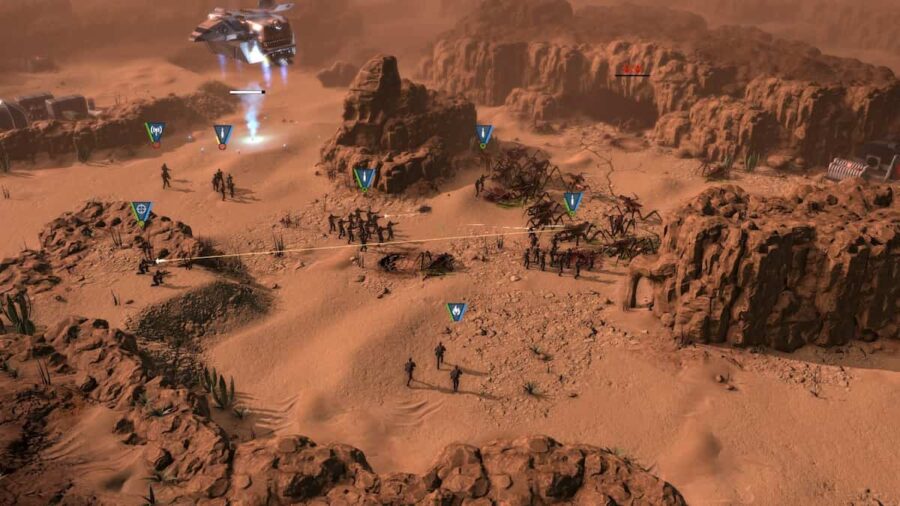 Although there is no base building, you can build defenses to protect your base. It may not be the same, but it is something, at least. Essentially, you're putting up defenses or walls to prevent your units from being shot at. This doesn't really extend to combat defense because the main objective is to kill bugs with your Mobile Infantry.

Related: Can you play as the bugs in Starship Troopers - Terran Command?

Like the movie and book, the game's main focus is the Mobile Infantry. The Mobile Infantry did nothing but fight Arachnids, and the game wants you to focus on positioning units and killing bugs—nothing else. Building bases is not an option.

Although there will not be bases around, the developers have premade the environment and buildings. The desert planet Kwalasha has been inhabited by humans for some time, so there is an environment that features buildings and bases.

This isn't a game like Age of Empires. It's more like Command and Conquer in that you're winning battles, not trying to win an entire war in one mission.

Is there base building in Starship Troopers – Terran Command?