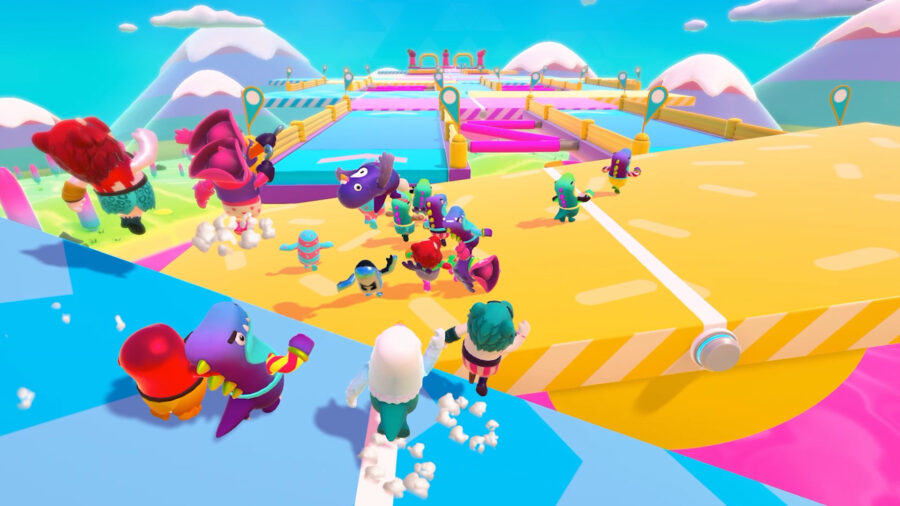 Steam is one of the best places for PC gamers to have all of their games in one place. Of course, nowadays, everyone seems to have their own distribution platforms, such as Epic Games Store, Uplay, and EA Access. However, Steam is still a lot of people's distribution software of choice out of all of them.

Every Sunday, a list is updated based on the weekly top sellers on Steam based on revenue alone, and not the total amount sold. This list is from the 7th of September through the 13th, and the list is really surprising.

Coming in first is not surprising that we have the latest online party game, Fall Guys. This game has absolutely blown up since it's release on the 4th of August. For those of you unaware what this game is, it's basically Takeshi's Castle meets Wipeout. You play online against up to 60 players and verses each other in a bunch of crazy fun games, and for people who don't succeed, you get eliminated. The players will dwindle until a final few are left to try and take the crown and win.

Oddly enough, this title was released a few years ago, right under people's noses, but due to Twitch's influence, this game has exploded in popularity. Among Us is an online game between 4-10 people, and the aim of the game is to complete tasks onboard your ship, while some of the crew among you are imposters. Now the named betrayers have to kill off the entire crew to win when the crew has to either fill the group task bar or discover who the impostor really is.

Strategy games are an extremely popular genre, and one of the most popular titles are the Crusader King games. The latest release Crusader Kings III has recently just been released on the 1st of September, and it's been met with critical praise. Choose a noble or royal house from various realms, guide your dynasty through centuries, and ensure that your future generations of security and power.

It's very rare for an early access game to be on this list, but Craftopia deserves to have made it and earn this place at number 4.  If you love your survival genre, then this game will be perfect for you, as it pretty much has a bit of everything in it, farming, automation, breeding, fishing, exploring dungeons with hack-and-slash style combat, plus a plethora more. And what's even better is that it's online so that you can build with your friends, but you also have the option to play it single-player.

Though technically this isn't a game, the Steam store is the only way to purchase the Valve Index VR Kit, hence why it makes the list. Steam's latest VR Kit comes with everything you could imagine, but it's possible to buy everything separately if you want. If you manage to pick one of these up, you'll be able to play Half-Life: Alyx, which has gotten Overwhelmingly Positive reviews. Now with that quality, it'll be interesting to see other games released to meet that standard.

Get ready to assemble your team of the mightiest heroes the world has ever known and save the world. Marvel's Avengers is a third-person, action-adventure game that combines an original, cinematic story with a single-player story. Assemble into a team of up to four players online, master extraordinary abilities, customize a growing roster of Heroes, and defend the Earth from escalating threats. Play as Captain America, the Hulk, Iron Man, Black Widow, Thor, plus multiple others.

This title is a remaster of a game that came out way back in 2012, so developers THQ Nordic decided that it was time to bring it back. It's been remastered with stunning visuals and refined gameplay, and Re-Reckoning delivers intense, customizable RPG combat inside a sprawling game world. If you were stuck on not knowing what to play, but fancy diving into the world of an RPG, then Kingdom of Amalur: Re-Reckoning is worth a try.

Larian Studios is a name you've no doubt heard of; they are that great at what they do; they have been put in charge the Baldur's Gate III, which is one of the most sort after games of 2020. If you love playing tabletop RPGs, with decisions to make, loot to find, which features an amazing tactical turn-based battle system, do not hesitate to pick up this game. At the moment, this title is 60% off, so no wonder it's made the top 10 list.

Sports games are incredibly popular, whether it's FIFA, NBA, or NHL, they always do remarkably well, and of course, with the latest release NBA 2K21, this hasn't changed. However, it seems that this game was heavily pre-ordered before release, as the reviews on Steam don't paint a positive picture, as it's currently at Mostly Negative. With many people claiming it's basically a 60 dollar patch on NBA 2K20.

How to share games on Steam through Steam Family Sharing