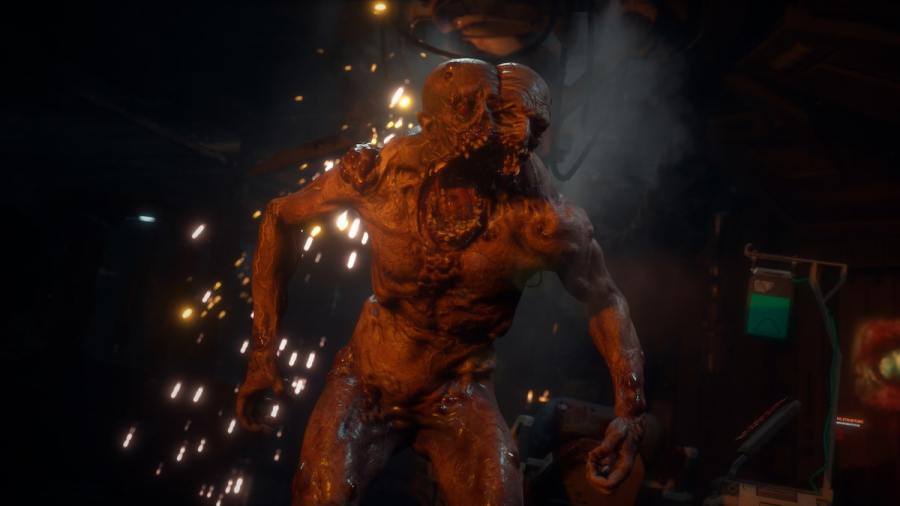 About a quarter of the way into The Callisto Protocol, players will encounter enemies with a nasty habit of evolving into deadlier forms. This evolution is marked by them sprouting disgusting tentacles. Should the transformation not be stopped, they'll grow into something resembling a bloated Licker from Resident Evil. Here's how to nip that pesky behavior in the bud.

What to do when an enemy mutates in The Callisto Protocol

When you see the tentacles start to sprout, you have two positive options and one negative option. The negative option is to do nothing and let the enemy evolve, turning themselves into a bigger headache for you. Once evolved, enemies regain all of their lost health and add a little more for good measure. They'll also become far more aggressive and hit harder. This is clearly the least desirable outcome.

The first positive option is to blast the tentacles with gunfire. We recommend something with a spread like the Skunkworks or TK4 Riot shotguns. This will make hitting all tentacles easier than a weapon like the Hand Cannon or Assault Rifle. However, this option eats through precious ammo, which is incredibly scarce.

The most desirable course of action is to swing into the creature's guts with your stun baton. If sufficiently upgraded (one or two damage upgrades), this will do enough damage to prevent the mutation and save on ammo. Should the enemy fall during the attack, all the better! Give them a few good stomps to finish them off.

How to stop enemies from mutating in The Callisto Protocol