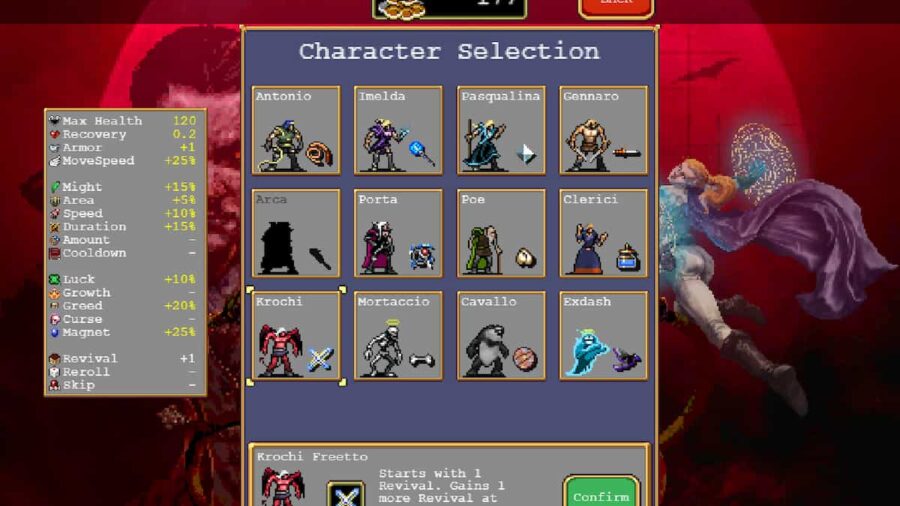 In Vampire Survivors, one of the more difficult and expensive characters to unlock is Krochi Freeto. A demonic creature of some kind, Krochi surprisingly starts with the Cross as his starting weapon.

To unlock Krochi Freetto you need to have defeated at total of 100,000 enemies across all your runs in Vampire Survivors. Usually this will take you around four or five hours of total play time, but it could take you longer if your runs are particularly short.

Related: How to Unlock Cavallo in Vampire Survivors

Krochi’s passive ability is being able to revive after death. Krochi starts with one revival at level 0. He gains another revival at level 33. However, this revival doesn’t scale anymore after level 33, meaning unlike some of the other characters, Krochi does not improve the later you get into the game.

Besides being able to revive from the dead, Krochi has a bonus move speed of 20 percent. This makes him one of the fastest characters at the start of the game without additional outside bonuses.