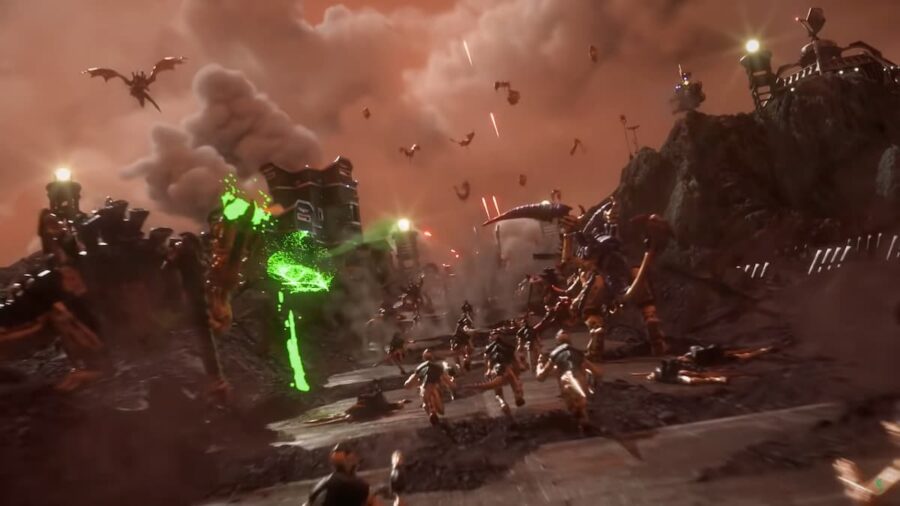 While the Tyranid army has many units to choose from, there are some that are a must for any Tyranid army. Here are some of the best Tyranid units in Warhammer 40,000: Battlesector.

Termagants can play several roles in any Tyranid army. While they are squishy and easily killed, they have other advantages that make them an excellent unit. Termagants' primary role should be that of scouting and triggering overwatch units. Because they are relatively cheap, you can freely send them out into the world to find your opponent. Additionally, they can waste an overwatch attack and allow your stronger units to advance without taking that damage.

That being said, if you upgrade and support your Termagants, they can be a powerful glass cannon. They will still go down quickly in a fight, but if you stack enough of them together and manage to get in range, fully upgraded Termagants can deal serious damage.

The Tyrannofex is not as versatile as the Tyranid Warriors, but it allows you to deploy a powerful strategy—The Distraction Carnifex. Just deploy your Tyrannofex in one location, wait for your enemy to engage, and then deploy the rest of your army elsewhere.

This works because the Tyrannofex is so dangerous; allowing it to live and roam freely can be costly. This Tyranid unit packs massive amounts of health and armor and deals an incredible amount of damage. Left unchecked, the Tyrannofex can punch a hole through your enemy's defense and devastate their troops.

While most Tyranid units perform some specialized task or fit into a role, Tyranid Warriors bring some versatility to the faction. They possess decent bulk (which lets them last some time in battle), have good melee damage, and can deal good ranged damage.

The Blood Angels typically possess an advantage when it comes to ranged combat—except for the Exocrine. This monster is the Tyranid's heavy artillery, as it packs a massive punch and has incredible range. What makes the Exocrine extremely dangerous is its blast damage, which allows it to take out squads of Blood Angels in a single shot.

When deploying an Exocrine, make sure it has sufficient protection. It loses accuracy and potency the closer the enemy gets. We recommend using this artillery unit to take out tanks and armored units, but it can also shred through infantry.

The Hive Tyrant acts as your commander and heavy hitter for good reason. Armed with powerful weapons, great bulk, and fantastic mobility thanks to its wings, the Hive Tyrant excels at hit-and-run tactics. You can use lesser units, like Termagants, to scout out vulnerable positions and proceed to send your Hive Tyrant in.

The Hive Tyrant has a sort of flexibility that lets it act like the Tyranid Warriors. You can use this powerhouse to be a distraction, hit and run, or simply throw it in and let it brawl. Keeping your Hive Tyrant alive should always be a priority, as this thing can shift the tide of battle in mere moments.