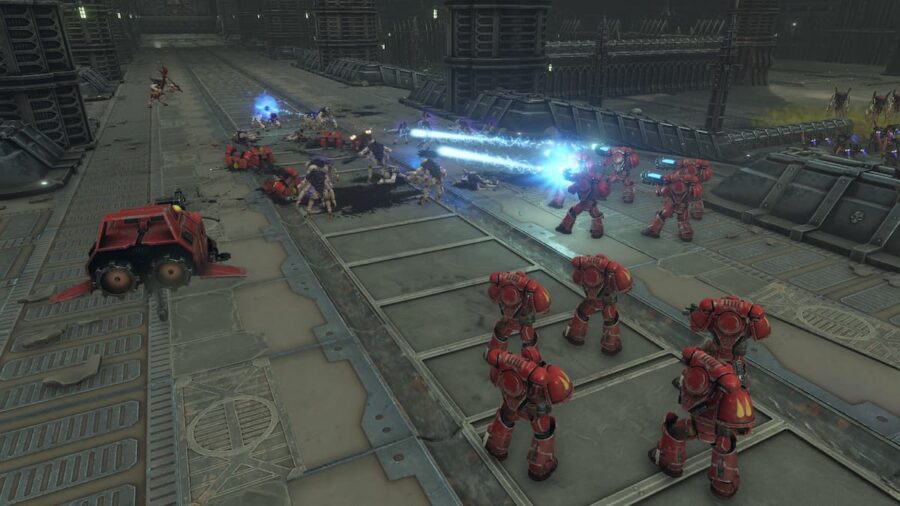 Warhammer 40,000: Battlesector is a fast-paced turn-based strategy game in the Warhammer 40,000 universe. You command mighty armies to purge heretic and xeno alike. But if you are just starting out, it can be overwhelming dropping into a battle for the first time.

Below, we have gathered some tips and tricks for beginners in Warhammer 40,000: Battlesector. These are all good things to remember as you play, and they could be the difference between life and death for your army.

This may be common sense, but some context may be needed for clarification. Do not simply rush into engagements or unexplored portions of the map. Instead, you should be scouting and moving your troops up tactfully. This prevents you from rushing into a deadly encounter or falling prey to an enemy trap.

You also have access to hero units, which are extremely important to your army. Utilize their abilities to rally, buff, and command your regular troops. While heroes have great health and can dish out damage, their leadership qualities make them shine.

Overwatch should be a term familiar to anyone who has played a tactical strategy game, but this mechanic allows you to position your units and have them fire when an enemy comes into sight. This is particularly useful when you know an enemy is approaching. This can also prevent any enemies from flanking and getting behind you. Therefore, you should get into the habit of putting your squads in Overwatch early on.

Formation plays a big role in how you deploy your troops. You do not want to clump all your units together, as a single AoE attack can wipe them out. On the other hand, you also do not want to spread your armies out too much, or you risk getting ambushed and isolated from your other squads.

Keep your units close by so they can support one another, but also far enough away that you cannot be picked off at once. Having troops ready to cover your rear is crucial to prevent flanking and fighting on two fronts.

Ranged weapons have an optimal range that is best suited for them. Learn these and position your firing lines appropriately. While it can be tempting to stay as far from the enemy as possible and blast away, you'll get more mileage from your weapons in this optimal range.

Grenades are a great tool for clearing clumps of enemies, so don't be afraid to get close enough to chuck one at a group of enemies. Likewise, don't be afraid to whip out your chainswords and get up close and personal. Melee attacks are great at shredding single targets, but they're less effective against hordes.

Man and alien clash in Warhammer 40,000: Battlesector. Both factions have their pros and cons and play a bit differently. You should adjust your strategy depending on whether you are playing Blood Angels or Tyranids.

Blood Angels are the cream of the crop when it comes to Space Marines. They carry big guns and heavy armor, so keep your distance and let your bullets do the work. The Blood Angels are significantly slower than Tyranids, but they make up for it by being beefier.

Tyranids excel at swarming by using their sheer numbers and great speed. Unfortunately, the weapons of the Blood Angels can shred your squishier aliens quickly, so you cannot simply just rush right in. Playing the Tyranids requires some finesse and clever movements to close the distance and shred through Blood Angel armor and flesh.