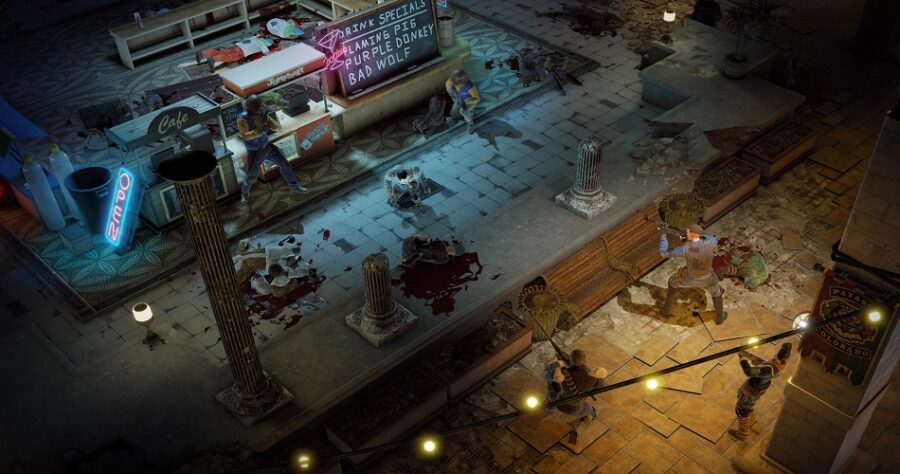 Wasteland 3 the squad-based RPG, has numerous companions you can recruit on your playthrough with each one having their own agenda, voice and personality. Each one has character quests that you can undertake to reveal more about the character's personality and aim within the game.

Though combat is essential, it’s not the only thing that is - having an overall party purely combat-focused might hurt you in the long run. As skill checks are a heavy feature in this title, which is why every companion has completely different skills form each other. Having that flexibility within the team will help immensely, especially when it comes to party composition. If you have a team all using the same skills, Wasteland 3 will generally not be very entertaining, because you'll be missing out on so many skill checks. You can't open that locked door if no one has the lockpicking skill.

How many companions are there?

There are eight companions you can find, depending on your decisions throughout the game, so on your first playthrough, you might even miss out on a couple. The maximum active party size you are allowed is six, but only two of those can be used for companions, the other four are for Rangers.

Rangers are people you can create from scratch, and companions are all pre-made that you cannot alter.

Each companion is different.

When you get a new companion - how they fit into your party composition is up to you. As your entire team is not fully customisable, there will be particular companions that have the same skills as a Ranger on your team. And even some skills like Weapon and Armour modding that are terrible to have on a person you control.

There are four different types of skills, combat, general, exploration and social, and it’s convenient to have all of these covered, even though it’s not entirely essential. No matter which companions you choose, some skills are always going to be wasted.

Kwon is one of the first companions you can recruit in the game, and you can naturally get him as you progress through the story. This happens when you take control of the new Ranger HQ outside of Colorado Springs. His skills are the following:

Lucia is the second companion you can find. She appears once you reach Downtown Colorado Springs and she rather forcibly joins your party. But alas you do have the option to change her mind eventually if she is not to your liking.  Her skills are:

Jodie is the first companion players have the chance to recruit in-game and is one of the first ones you can screw up, as you can let her die. But if you save and heal her, she’ll be recruitable later on. Her skills are the following: 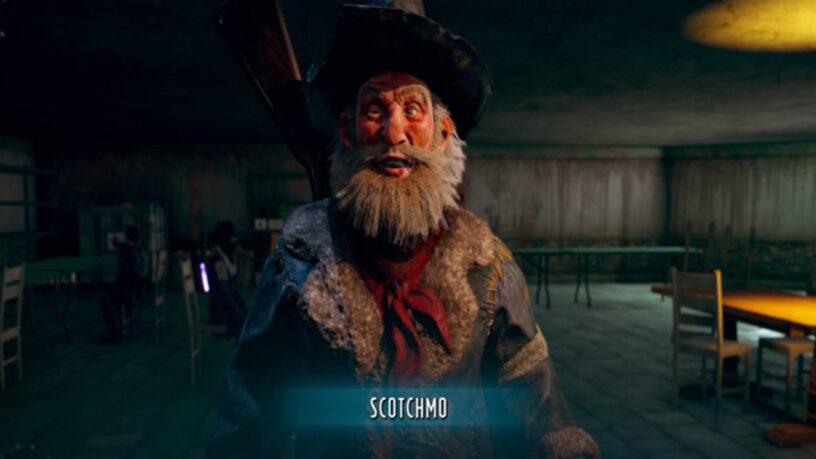 Everyone loves a drunken character joining the fray, right? Well, welcome, Scotchmo! He’s the fourth character you can find; just make sure you’ve got plenty of beer! This drunk will appear after you’ve made it past a certain point in the story. Go back to Ranger HQ and speak to him to recruit him. His skills are:

Every team needs a drunk and a psychopath, Scothmo has the drunk covered, so here’s Victory to cover the rest. This one is easy to recruit; just during conversations with him, he’ll ask to join your crew, making it entirely up to you whether you say yes or no.  His skills are:

You really wouldn’t want to get into a fistfight with Ironclad, and I don’t think anyone else would either. Once you’ve completed all of the story missions in the Bizarre and Colorado Springs. A secondary mission called Lords of War will appear. After that mission is completed, Ironclad will join your team.  Here are his skills:

Fishlips here is one of the last companions you can get for the team, even though he should be the first because of his awesome name, but alas. This guy is recruited differently; you just need to beat him up in a boss fight in Little Hell in Aspen, and he’s like you are fantastic, let me join! Here are his skills:

And last, of all, we have Pizepi Joren, who is the last companion that can be recruited. You will need specific stats to be able to get her; you need a Mechanics Lvl. 8 and Kiss Ass Lvl. 8. Without those two skills, you miss her in the lab in Little Hell Aspen. Her skills are: 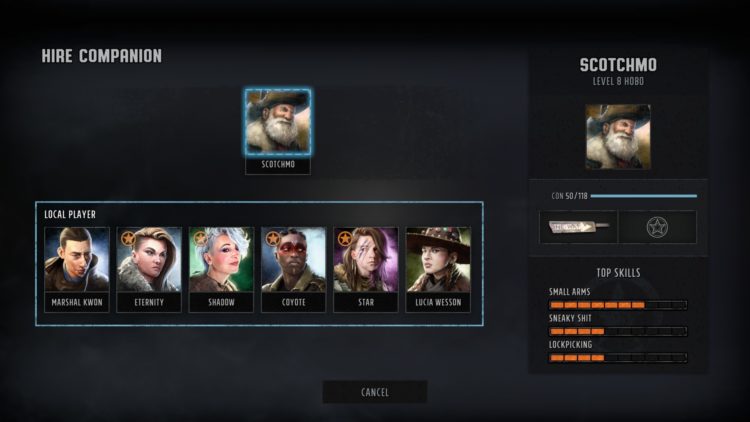 Now, this is where everything gets interesting. Upon Ranger/character creation, you will have somewhat of an idea of what you want your rangers to become. If you are playing through blind, then you have no idea what skills the companions are going to have, which of course makes some redundant and some amazing.

If you go entirely off the first two companions Marshall Kwon and Lucia Wesson, you won’t want to create rangers with their skills. This means no:

However, for Weapon Modding and Sneaky Shit, it’s best to ignore these two skills on these characters. As Sneaky Shit is better for sniper rifles or rocket launchers, and Weapon Modding is best used as a backup Ranger dump, who you can bring in when weapons/armour need modding.

The skills you have leftover are:

So now with those skills eliminated, have fun creating builds around them. Create a sniper class, who’s excellent at mechanics and being a sneaky shit. How about a Ranger who’s stellar at melee combat, who can repair toasters and is great at leadership.

The random amazing builds you can make are astonishing, but it really helps to know what companions are out there before you begin. As if you have the same skills as a lot of the companions out there, then until you find ones that aren’t duplicates, they’ll be playing very much the same.

What you also need to keep in mind is that there is no character re-specialization in Wasteland 3, so once a skill point has been spent, there is no going back. This is why it's more or less needed to get an amazing party set up to know what companions are available in the game.

Generally speaking, there is no overall best companion for the game, skill or stat-wise. Each companion is completely dependent on how the player itself chooses to play the game. Yes, you can change one companion to learn other skills, but then it'll be weaker overall, which may cause problems in combat or skill-based checks.