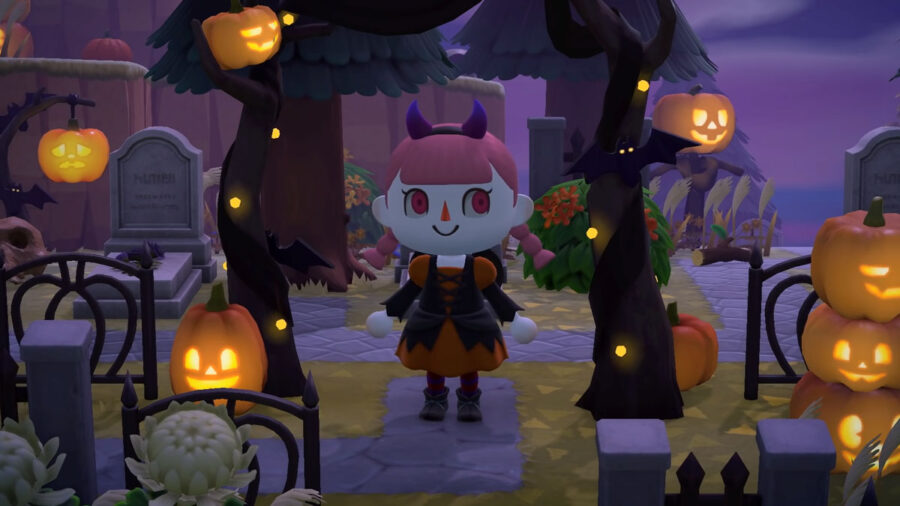 The new Halloween update for Animal Crossing: New Horizons is available! There is a whole bunch of new things that have been added, which include a bunch of spooky fun that will be had by all. While you are dressing up in your new costumes and available Nook Mile options, you can also get started on a new garden that will feature some large orange gourds that you can harvest.

Where to get Pumpkins

To get pumpkins in Animal Crossing: New Horizons, you will need to either head to Nook's Cranny or talk to Leif in the month of October. For Nook's Cranny, just head to the seed area and in the miscellaneous section you can by Pumpkin Starter for 250 bells. If Leif is at your plaza, you can talk to him and he should have them available for 140 bells each!

Leif is obviously the better option because he sells them for much cheaper. However, he won't always be around and you might want to get going on planting your pumpkins as soon as possible. If that's the case, then just head over to Nook's Cranny and purchase some. You likely have plenty of bells by now, so spending a bit extra on this new item shouldn't be much of a problem.

Pumpkins grow into four different colors: orange, green, yellow, and white. The color is random, so you'll have to wait and see what you get when it grows. You can plant them into the ground from your inventory, and in a few days you will have a harvestable pumpkin (just don't forget to water them). These gourds are then used in some fun festive recipes that will get you some spooky new items to put around your house!

Best Gifts for Each Villager in Animal Crossing: New Horizons