Our Apex Legends Map Guide will feature the ins-and-outs of the first map for this new Battle Royale game. We're taking a look at points of interest, what all the labels mean on the map, and we'll feature a high quality version of it as well!

We've got a big high quality version of the map below, and a version of it with all of the current loot tiers for each of the areas. There's also a legend that describes all the things that appear on the map in the beginning and during the game.

There has been confirmation that more maps are to come. This was mentioned in an interview with Vince Zampella, the CEO at Respawn Entertainment:

This is just the start of our journey. There will be new maps, new modes, new characters, new weapons, new skins. There will be a ton of stuff coming over the next year to 10, maybe. It depends on how successful it is. 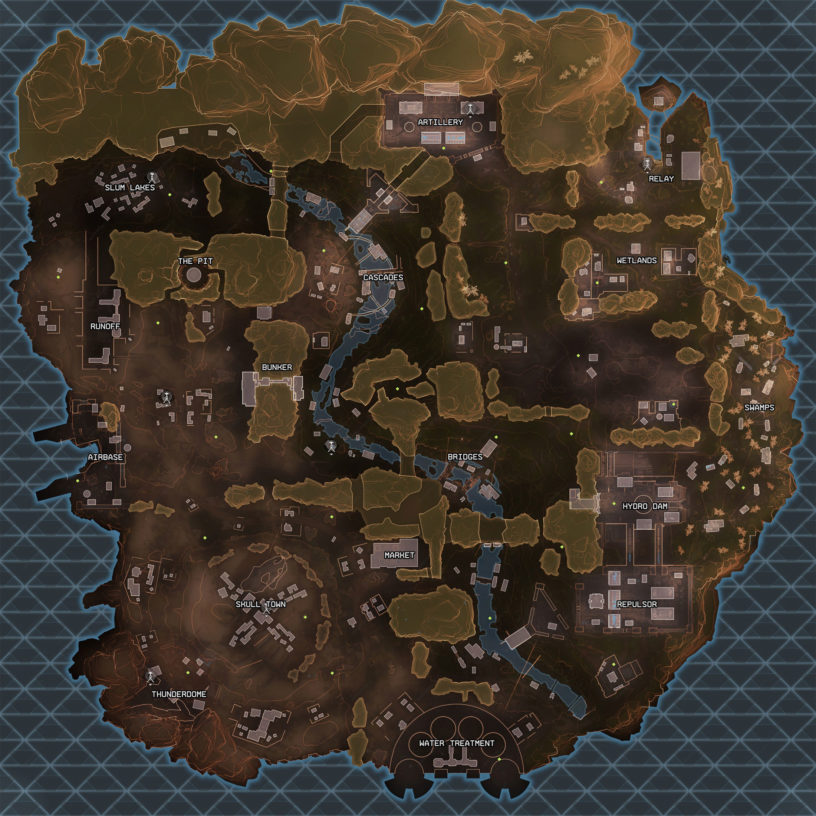 There's various things that you will notice on the map that should be identified. Here's a list of them, so you'll know exactly what's going on with the map.

Each part of the map has a designated tier for loot. There are three different tiers: High, Medium, and Low. The higher the tier, the better the loot! You will want to stick with areas with at least medium loot, but obvious high loot spots are the best. 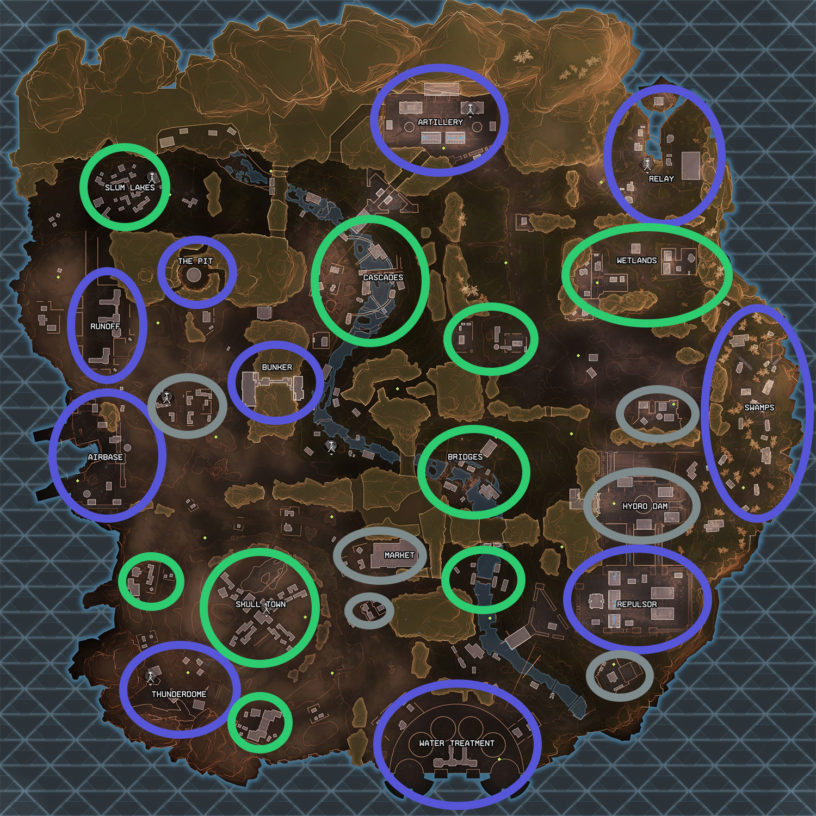 These designations stay consistent from match to match, so if you find a high tier area you like to land then feel free to repeatedly land there in your matches. Here's a list for easier consumption: