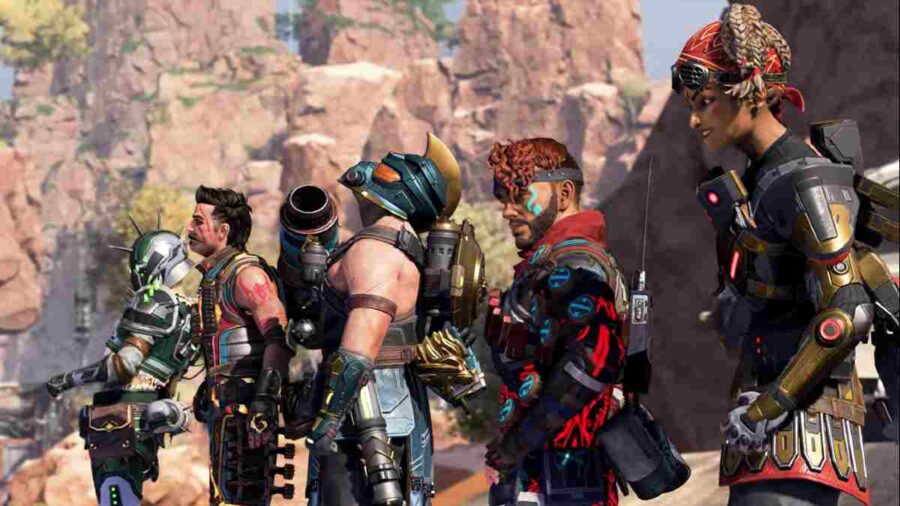 Apex Legends has a range of characters players can choose from, all of which have unique abilities to inspire team-based gameplay. While some characters can lock down an area with their defensive utilities, others can be used to maneuver around opponents swiftly and aggressively. If rushing opponents is your play style, then we have you covered with the best aggressive Legends to use in Apex Legends Season 14.

Mastering these Legend abilities can take time, and the best way to progress is to play more games as a specific character. The key is not giving up after dying countless times and focusing on timing these abilities correctly. It is also imperative to master the game's movement mechanics while

Pathfinder is one of the best Legends to use for aggressive gameplay in Apex Legends. This character's zipline abilities allow players to close down the distance between opponents quickly. You can essentially knock down an opponent and rush their team by ziplining across the map. Scanning Survey Beacons reduces the cooldown for the Zipline Gun. Teammates can also use Pathfinder's ultimate ability, making this Legend a default assaulter on any squad composition.

Wraith is perhaps the best Legend to 1v3 opponents in Apex Legends. Apex Legends pro players and streamers popularly use this character for several reasons. Wraith's portal is unique and gives players various options while engaging in combat. Her ultimate ability can be used craftily to isolate opponents and also as a quick rotational tool. Wraith also doesn't take damage from the zone while using her Tactical ability.

Horizon's one of the toughest characters to master in the game, and her Passive ability increases air control allowing players to tap-strafe easily. Horizon's unique Tactical ability allows her teammates to take a height advantage. You can also use this ability tactfully to block doors by throwing them down at the entrance. Horizon's Ultimate throws a Black Hole device (N.E.W.T) that pulls opponents close for a few seconds. Although it can be destroyed, you will get a short window to knock down a few of the opponents. Combining the ultimate ability with grenades is highly effective, but make sure not to destroy N.E.W.T.

Valkyrie is fundamentally one of the best Legends in the game as this character can quickly gain height advantage by using her abilities. This character's Passive ability is a VTOL Jet that you can use to get on top of structures quickly. Similarly, her Ultimate ability allows teammates to rotate across the map within a few seconds. Her Tactical ability deals minor damage, but timing it correctly allows players to maneuver from cover to cover without getting shot. Valkyrie is undoubtedly one of the most unique Legends players can use aggressively to charge at opponents.

Seer is one of the best Recon Legends in the game, and his abilities allow players to locate opponents quickly. Seer's Passive comes into play when opponents are holding angles or camping close to your team. You can ADS to check opponents' heartbeats and reveal them with Seer's Tactical ability. Seer's Tactical is different from Bloodhound's and it scans in a straight line. Make sure to use the Tactical after checking the opponent's position with Seer's Passive. Likewise, Seer's Ultimate is the best tool to locate opponents while rushing them. Throw it down at a spot out of the opponent's reach, and your entire team will get to spot the enemy's movements.

Bangalore is one of the most popular Legends in the game, and this character's utilities are built for aggressive gameplay. Bangalore's Tactical ability creates clouds of smoke to blind the opponent's line of sight. Additionally, she gets a slight speed boost while taking fire. Combining these two abilities with efficient movement will always allow players to rush opponents or run away from them. Bangalore's Ultimate ability calls down an artillery strike which devastates opponents caught within its range. It is ideal to use Bangalore's smokes and other abilities from other teammates to strike down opponents quickly.

Mad Maggie is one of the best Legends for close-quarters-combat for several reasons. Her Passive allows players to move quicker with Shotguns equipped and highlights enemies you have damaged. Mad Maggie's Tactical ability fires a Riot Drill projectile that is ideal for damaging opponents hiding behind cover. Her Ultimate Wrecking Ball ability spawns speed-boosting pads that allow teammates to move in on the spot quickly. The Wrecking Ball also destroys Gibraltar's Shield Dome, making Mad Maggie one of the most aggressive Legends in the game.